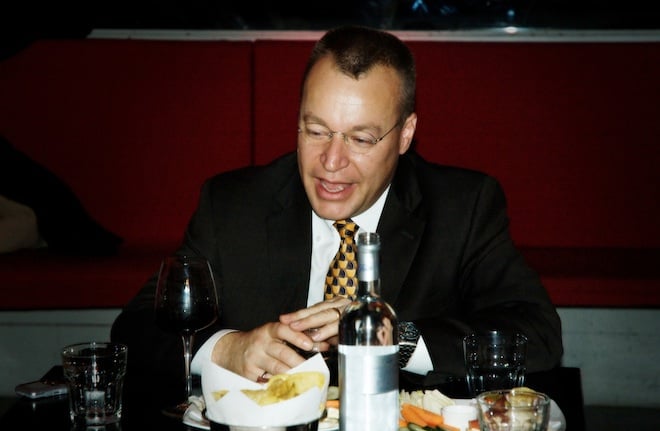 Rumors are circulating around the internet that Nokia’s new CEO, Stephen Elop, who has been on the job since September 2010 is going to fire four of the Finnish firm’s high level executives in a bid to get rid of dead weight and put the company back on track. The executives in question are: Mary McDowell, who was once the head of Nokia’s Enterprise division and ruined the reputation that the Eseries once had of reliable and bulletproof devices; she is now Executive Vice President of Mobile Phones. Tero Ojanperä, who once lead Nokia’s efforts at trying to become a media company, but ultimately failed after “Comes with Music” was killed, and the same man is now Executive Vice President of Services and Mobile Solutions. Niklas Savander, who was once in charge of Nokia’s handset portfolio, but is now Executive Vice President of Markets where his role has been so unclear that people are wondering what exactly does he do to deserve a paycheck. And finally Kai Öistämö, who is a brilliant man, but lacks the vision to see where the industry is heading; he is Executive Vice President and Chief Development Officer.

All we’ve got to ask is what took so damn long? Elop has been in charge for five months now and these changes should have taken place within the first few weeks of taking his new role. Better late than never. The above mentioned executives have been placed on top of Nokia’s hierarchy, with their titles slightly tweaked, for years and have done a remarkable job at proving their incompetence. Sources tell The Wall Street Journal that Elop is trying to find people who have expertise in the software industry to replace the peanut gallery. We’re due to hear more about his plans on Friday when he announces how he’s going to make Nokia awesome again … hopefully.

Two images of Nokia's yet to be announced E6-00 have just been leaked to Engadget via an anonymous tipster. Moments...