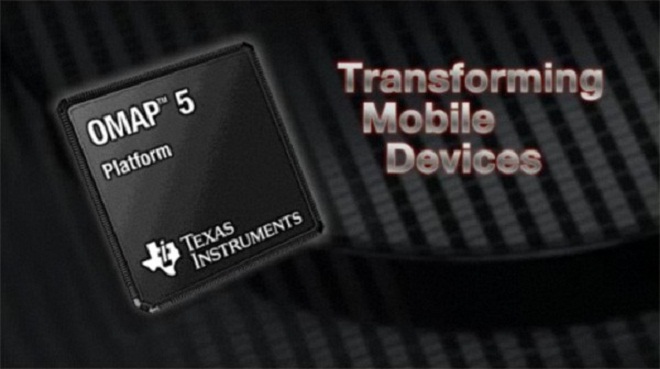 Texas Instruments isn’t going to let NVIDIA get all the glory, as the company has just unveiled its TI OMAP 5 platform of processors and this includes a high-end, dual-core chip with smartphones and tablets that can get up to 4 GHz.

The TI OMAP 5 will use two ARM Cortex A15 MPCores whcih can get up to 2 GHz per core. TI is also saying that the high-end 28 nanometer processor can offer up to three times the processing performance and five-fold the 3D graphics push than existing competitive products.

“The next decade will bring a revolution in mobile computing, as devices continue to converge, attempting to become one single device that meets all of our computing, entertainment, and complex day-to-day needs and interests. However, the bridge to true mobile computing enablement was missing until today. The OMAP 5 platform will be at the heart of driving the mobile computing revolution by delivering the highest computing, graphics and multimedia performance possible within the low power budget required by mobile form factors,” said Remi El-Ouazzane, vice president, OMAP platform business unit, TI, in a prepared statement.

The high-end TI OMAP 5 processor will also be able to support up to four cameras at once, which may become more important as 3D cameras like those on the LG G Slate become more prevalent. The chip is able to playback 3D video at 1080p HD, as well as preform real-time conversion of 2D content to 3D.

While we’re still waiting for TI OMAP 4 devices to really hit the market but it’s good to know that TI has a great roadmap in place. Expect the fifth version of this lineup to hit handset and tablet makers this year but devices won’t land until 2012.

The company also sowed off two Cortex-M4 chips and these are aimed at devices that need lower power consumption but still want to pack a punch.