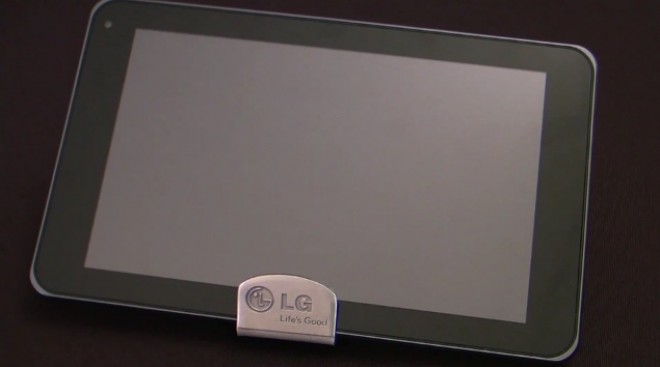 While some may still be a little less than excited about the T-Mobile LG G-Slate after hearing that the display will require special 3D glasses, the device is still one of the most anticipated tablets so far this year. Today, we finally see the LG G-Slate in all its glory thanks to the new video that was recently posted up on YouTube.

We knew what to expect with the G-Slate:  8.9-inch 3D capable display, NVIDIA Tegra 2 dual-core CPU, Android Honeycomb OS, stereoscopic cameras (3D cameras) on the back, 2 megapixel camera on the front for video chatting, etc. But the video below makes it all the more real, and we’re impatiently awaiting an official release date for the tablet. If the G-Slate can significantly undercut the Xoom’s over the top price, T-Mobile and LG may have quite the hit on their hands. Even better, T-Mobile may even allow for financing options, and pay for the device over time.

The specs on the G-Slate are quite impressive, but the tablet is accompanied by an equally awesome version of the Android operating system, Honeycomb. Android 3.0 brings many features and UI optimizations designed for tablets, and is a major leap in software from existing Android tablets. However, if we were to make one change in the G-Slate, it would be the display. LG announced their glasses-free 3D displays already, and we could only imagine how nice Honeycomb would look with this type of screen implemented. It’s not that using glasses is a deal-breaker, I just assume many will just go without using the tablet that way.

Either way, we can’t wait to get more information on this tablet, and if the price is right, the Xoom may have some trouble on the horizon.

If the G-Slate is priced competitively, would you consider is over the Xoom when it launches this Spring?