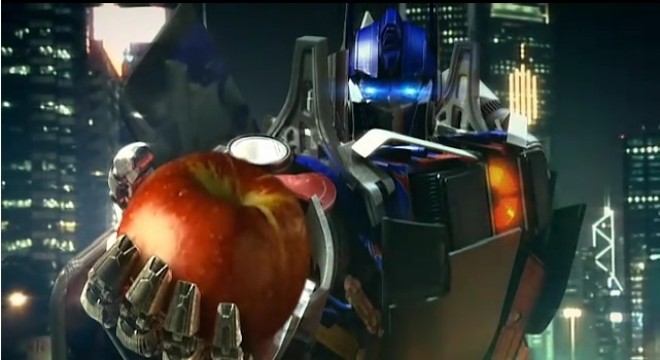 LG must be pretty proud of their upcoming tablet, as their new promo video doesn’t hold back their distaste from the current “fruity” leader in the tablet market. Expected to make its official debut at Mobile World Congress next week, the Optimus Pad will soon go toe to toe with the competition. The video ad shows that LG is ready to take on that challenge.

Known as the T-Mobile G-Slate in the US, the Optimus Pad is an Android Honeycomb tablet with an 8.9 inch 3D capable display (not glasses-free), stereoscopic back cameras for 3D video and photo capture, that’s also a 5 megapixel camera for regular shots. The front of the device sports a 2 megapixel camera for video chat, and it’s powered by the NVIDIA Tegra 2 dual-core CPU. So we know that the tablet can talk the talk, but we won’t be sure of anything further until we see how this bad boy performs.

The video below is all done up in movie trailer style, and very much in the vein of Transformers. Apparently the Optimus Pad can do a bit more than we were expecting, as it completely turns into – wait for it – Optimus Prime. LG believes their tablet is so great, that they were shameless enough to throw a lot of Apple references in the video. Those references were mainly of apple’s being destroyed, but we get the point. We admire LG’s cojones here, but we have a distinct feeling that Apple has been working very hard on their iPad successor. Even if the only changes in the iPad 2 is that it’s thinner, lighter, and have a camera on it, the world will wet themselves. We can’t wait to see how this tablet showdown will pan out.

With rumors that the G-Slate will appear on T-Mobile shelves the 23rd of March, we don’t have much longer to wait just how great this thing is. While we wait, we do hope that LG will continue with these videos, because they’re great.