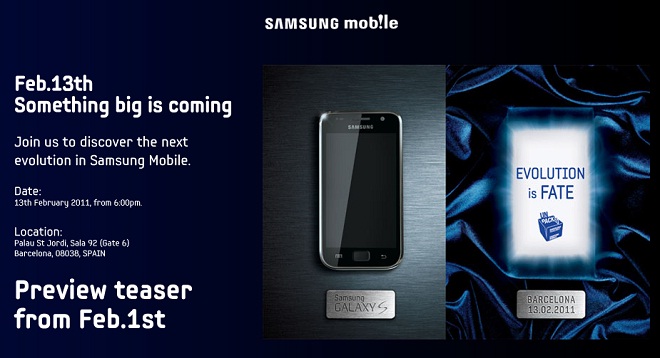 We’re all really excited to go to Mobile World Congress and check out the Samsung Galaxy S 2 but the rumors are leaking out like crazy. Now, we have a full supposed spec sheet leaked and this says that the Galaxy S 2 will have a dual-core SnapDragon processor.

According to the leaked spec-sheet below from Pocket-Now, the Samsung Galaxy S 2 will rock the dual-core 1.2 GHz Qualcomm SnapDragon processor. A similar processor can be found on the just-announced HP TouchPad.

The specs also suggest that the Samsung Galaxy S 2 will have a 4.27-inch Super AMOLED Plus display with a WVGA resolution, an 8-megapixel camera with flash, a 2-megapixel front-facing camera, 1080p HD video recording at 30 frames-per-second, 512 MB of RAM, GPS, Bluetooth and more.

All of this sounds pretty on point, although one wonders why Samsung doesn’t use its own dual-core Orion chip. Another issue that makes me wonder if this is 100% correct is the omission of 4G.

The report said the Samsung Galaxy S 2 will have 2G, 3G, HSDPA and HSUPA – notice there’s no 4G in there. From the wording of the invite above, I think it’s a lock that this thing will have 4G LTE support but maybe I’m just reading way too much into a simple invitation.

Regardless, the Samsung Galaxy S 2 will be one of the hottest devices at the Mobile World Congress show but it may not even be Samsung’s best, as the company is also expected to reveal the next Galaxy Tab. With LG set to show off the glasses-free Optimus 3D and the Sony Ericsson Xperia Play becoming official, it will be a great week for mobile fans.

Of course, the IntoMobile team will be on the ground in Barcelona and you can be sure we’ll give you up-to-the minute coverage. Follow all of our coverage at the Mobile World Congress 2011 section. 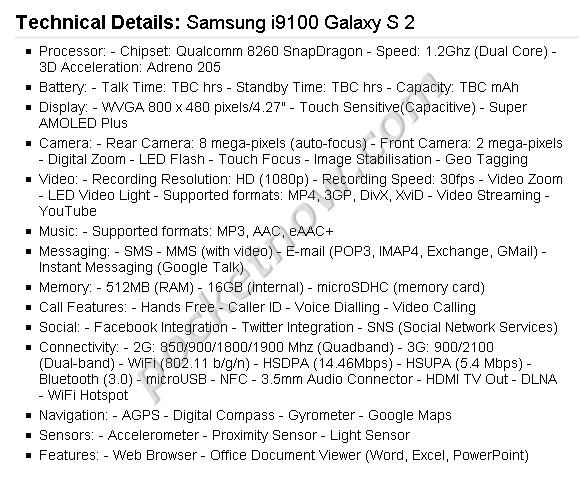 Judging by the leaks we saw earlier, it's not much of a surprise to see an updated version of the...