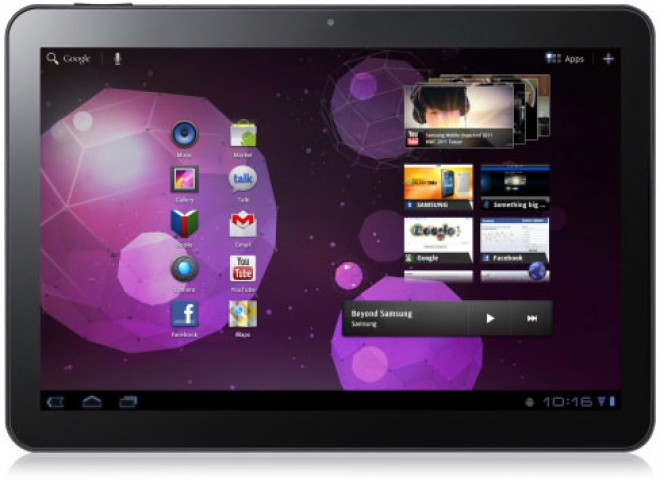 Well look what we have here. The mysterious Samsung Galaxy Tab 2 decided to break cover for us. These pictures were leaked just hours away from the official announcement, and from what we can tell, it’ll be quite a challenger to the likes of the Motorola Xoom and G-Slate.

We’re hearing that the Tab 2 will sport a 1GHz CPU, but we really hope that the 1GHz processor is just one of two cores, as most of  the tablet’s competition will ship with dual-core CPUs like the NVIDIA Tegra 2. While processor speed isn’t everything, an average consumer will likely be looking for bigger numbers to figure out which is the best device on the market for them. It may not be the best way, but it’s the easy way.

The specs for the tablet are far and few between, but we do know that the Tab 2 will ship with Android 3.0 Honeycomb, and an 8 megapixel camera with full HD video recording and playback capabilities. Other than that, we can expect stereo surround sound speakers on the thing, but that’s about all we know at this point. The 8 megapixel camera sits in between the Xoom’s 5 megapixel camera, and the G-Slate’s stereoscopic 3D cameras, all of which should be more than suitable for your photo needs.

Mobile World Congress may echo what we saw at CES earlier this year, and have Android absolutely everywhere. With multiple handset manufacturers churning out multiple handsets, Samsung’s been there, so we wouldn’t be surprised if the only handset we see at the show is the Galaxy S 2. That said, we certainly wouldn’t complain if Samsung has something else up their sleeve. Either way, this tablet may be quite the challenger if the price is right.

It certainly looks like this will be an interesting week ahead of us, and it’s yet to even start. We’ll be keeping our eyes peeled just in case more details slip before the official unveiling of the tablet. We’ll soon find out what’s inside the Tab 2, as we don’t have much longer before we hear the deets from Samsung themselves.

Any specs in particular you’re looking forward to for this tablet? 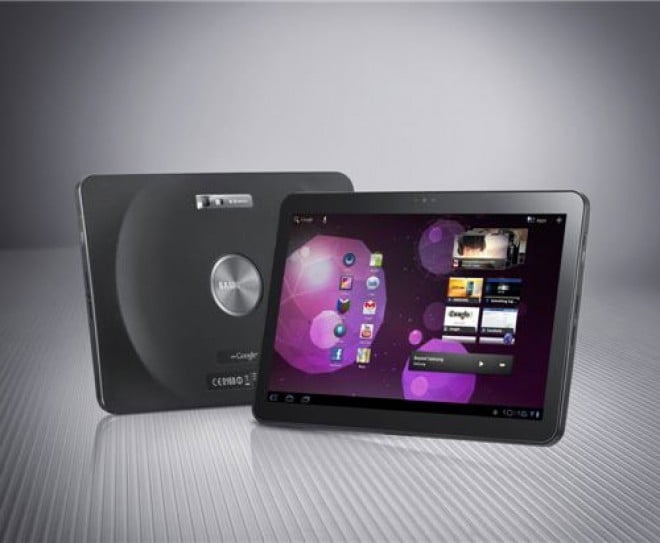