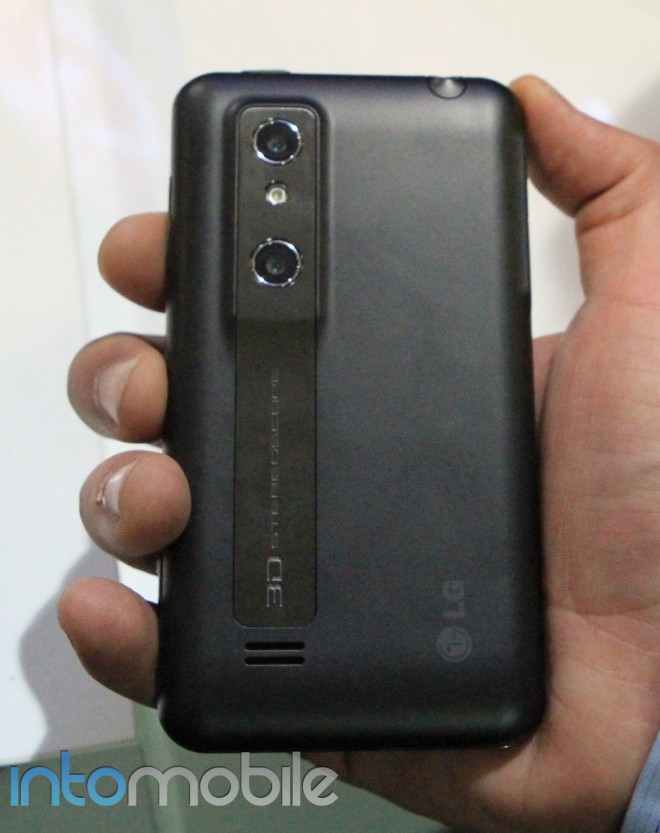 Today at Mobile World Congress, we got some time to lay eyes upon the LG Optimus 3D. The specs are more or less what you’d expect for a top-tier Android handset – 4.3-inch screen, TI OMAP 4 dual-core processor, DLNA support – but the standout feature is that it is the world’s first smartphone with a glasses-free 3D display.

In the photos and video below, the glasses-free 3D doesn’t come across on the Optimus 3D because we shot it in lame, old 2D. I have to say that the technology works. It’s not quite a revolution but it’s definitely cool. Images pop out of the screen and maintain a high resolution for the most part – it seems to have a very limited viewing angle but luckily, it’s a phone, so you’ll likely be viewing it a finite amount of ways.

The bigger issue with the LG Optimus 3D may be the lack of super compelling content. Sure, there are some apps, games and movies which will work out of the box with this glasses-free 3D display but it’s not as much as you may want. Luckily, this phone is trying to fix that.

The latest LG Optimus has two cameras on the back for shooting 2D and 3D photos and videos. Thanks to the powerful TI OMAP chip, you’ll be able to shoot 2D video at 1080p HD video and 3D video at 720p HD. You’ll also be able to share that via YouTube and you can watch other people’s masterpieces.

Putting aside the 3D capabilities, the latest LG Optimus is still a well-designed device that feels pretty good in the hand. Like the Optimus 2X, it does feel like a premium device but I’m not fully convinced that the 3D effects aren’t much more than a gimmick. As apps and content gets better though, this may become a much-wanted feature on smartphones.

Verizon Wireless and Alcatel-Lucent are showing off multi-player gaming over 4G LTE, which is now live in parts of the...