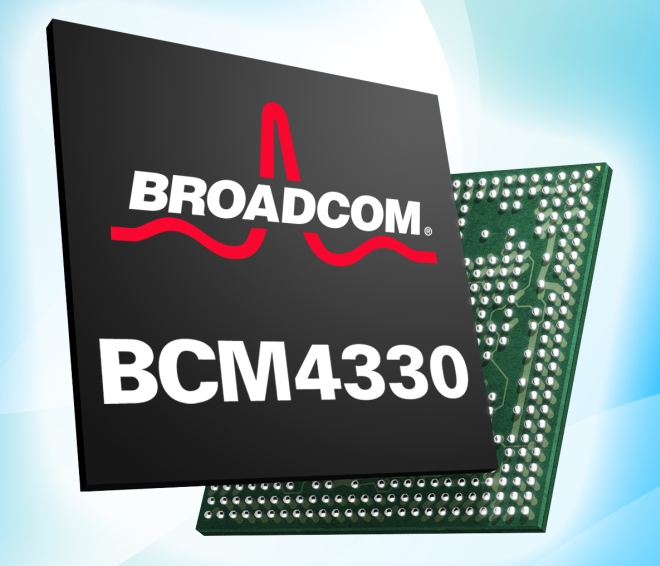 If you want to build a mobile phone and use something other than the Qualcomm Snapdragon platform then you’re going to need to buy separate pieces of silicon to handle all your WiFi, Bluetooth, GPS, and FM radio functions. That changes today thanks to Broadcom who introduced the BCM4330. It does dual band WiFi 802.11n, meaning it can operate in the 2.4 GHz and 5 GHz range, useful for battling interference and improving both range and data transmission rates, it has Bluetooth 4.0 support, including Bluetooth low power, which is set to revolutionize the accessory market since you’ll be able to connect to devices that can power themselves for months with just a watch battery, and finally there’s FM radio support, because you can never get enough tunes and catch up on news while you’re on the go.

Other things of note about the BCM4330 is that support for Android and Windows Phone is built right in, so this chip is just plug and play. It can also handle wideband audio when using Bluetooth headsets, so your voice doesn’t sound like something coming out of an AM radio from the 1930s. Best thing about all this is that it’s shipping right now and it’s in devices that are being announced at Mobile World Congress this week. Which devices specifically? They don’t say.

Some quick Android news for the Canadian in the crowd. Our friends at MobileSyrup have it on good authority that...