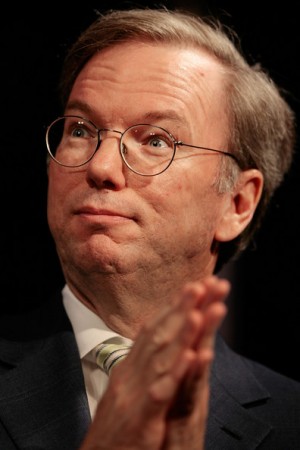 It’s not entirely surprising to learn that Android has taken off in a big way, but Eric Schmidt threw down some numbers at Mobile World Congress during a keynote today that is surprising nonetheless. Given the number of smartphones and tablets that support the Google operating system, it’s no surprise that it is quickly becoming dominant in the mobile OS space. Its market share might be tough to catch in the months to come.

During his keynote, Schmidt said that there are over 350,000 Android devices activated each day. It’s hard to say how many devices are actually being sold versus the devices activated, but this is a pretty huge leap over late summer 2010 when there were approximately 200,000 devices being sold each day.

The former CEO also noted that Android is on over 170 compatible devices, 27 OEMs, on 169 carriers, in 69 countries and with over 150,000 applications in the Android Market. Those figures are three times what they were just nine months ago, according to Schmidt.

This is undoubtedly huge growth for a platform that is less than three years old, and it will have a solid spot as number one in terms of market share worldwide. Apple will have to come up with a new strategy if it intends to keep Android at bay with iOS, but right now it doesn’t look like that’s going to happen.

doubleTwist is an iTunes-like syncing program for Android, and we've seen the software go from a small program not many...