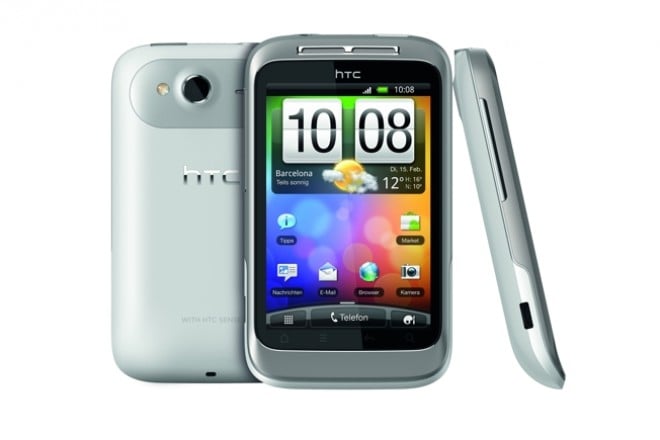 HTC  introduced the Wildfire S, an entry-level Android handset that will replace the Wildfire in HTC’s lineup. The Wildfire 2 was recently spotted in an HTC advertisement and bears a striking resemblance to its predecessor. The most notable difference is the lack of the optical trackpad on the front, a cosmetic change hat gives the Wildfire 2 a sleek and smooth appearance.

It will debut with sub-$100 price tag, which should make the handset quite attractive to customers. While aesthetically different, the Wildfire 2 looks to share quite a lot with the HTC Aria for AT&T. The Wildfire 2 will ship with a 600 MHz processor,  3.2 inch HVGA display, and a 5 megapixel camera, all packed into one of the smallest packages HTC has ever shipped. It will have a microSD card slot as well, but we’re not sure how much memory it will actually ship with yet. HTC will offer the handset in multiple colors as well, including black, purple, and white.

The Wildfire 2 will also ship with Android 2.4, and while we’re still not sure what’s different in the OS version, we do know that it will remain under the Gingerbread umbrella.

HTC’s entry-level options just got sexier, and those who want more can check out the press release below.

HTC brought its popular Incredible handset back to life with the newly announced Incredible S. The Incredible S features a...