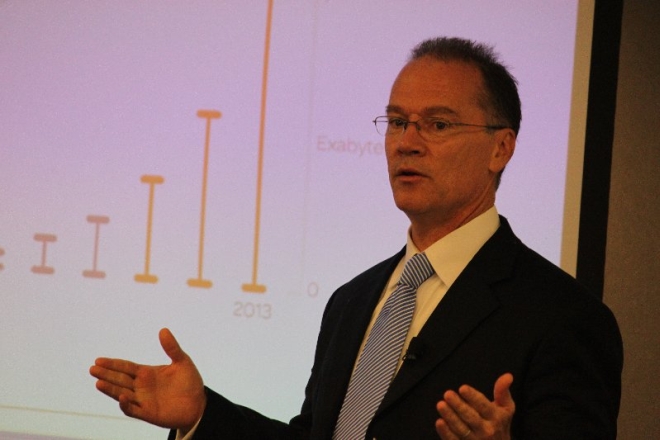 With all these new 4G networks being launched all over the world there’s one tiny detail that most usually glance over: LTE was made for data and does not support voice or SMS. The GSMA, the folks who invented the GSM standard and oversee each and every GSM network that’s running on planet Earth, invented something called the “One Voice Initiative” that solves the voice issue, and the world’s largest operators, along with several leading handset makers, have all shown their support. Verizon was actually one of the first operators to show off voice over LTE working and they plan to have it commercially launch in the summer of 2012. It’s a bit ironic since they’re a CDMA operator, but I digress. What about America’s second largest operator, AT&T, who is planning on launching their LTE network later this year; when are they going to do voice over LTE?

Turns out it’s not going to happen until 2013 according to AT&T Chief Technology Officer John Donovan, who in an interview with Forbes said that the wireless operator is waiting for the standards the harden. That’s a pretty way of saying that they want everyone else to iron out the bugs and then once a proven path to make voice is established then AT&T will start rolling it out to customers. What’s going to get Donovan in hot water with wireless nerds are his comments that “a wireless network is a shared resource just like water and land”, later adding “it’s in everyone’s best interest to manage supply and demand.”

It’s a wishy washy thing to say instead of just pouring money in infrastructure so that demand doesn’t become an issue. If other operators around the world can offer speeds that are an order of magnitude faster, and cover an entire country, then what’s the deal with the USA?

HTC just introduced the Salsa and ChaCha at Mobile World Congress 2011 and these Facebook phones will be coming to...