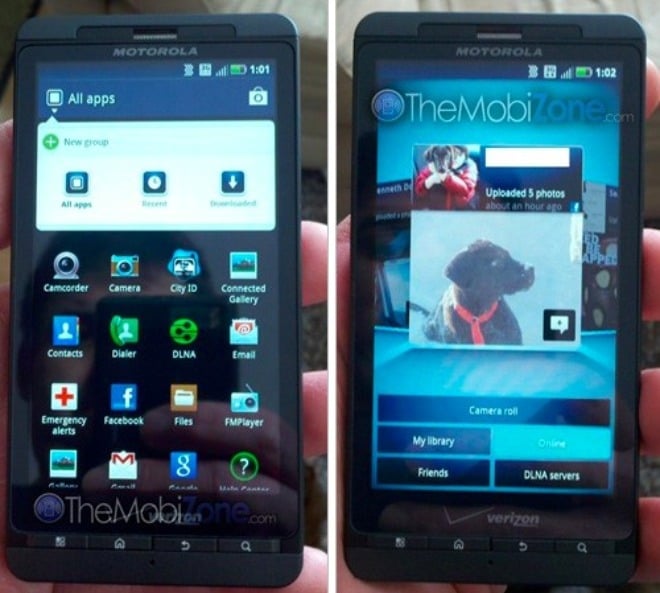 An image and some purported specs of the Motorola Droid X2 have hit the web but we’re already getting some cold water thrown on it. It looks like the Verizon Motorola Droid X2 will be more of an evolutionary update when it lands on Big Red in the second quarter.

The Mobi Zone said the Motorola Droid X2 will launch with a dual-core Tegra 2 processor, the new MotoBlur, 1 GB of RAM, 3G-only and more. The folks at Engadget thought this sounded a bit too much like the Bionic so they asked around and found the Tegra 2 part to probably not be true.

We expect the Motorola Droid X2 to hit Verizon in the second quarter with a similar 4.3-inch WVGA (854 x 480) screen, 768 MB of RAM and a single-core 1.2 GHz core. This isn’t a super update from the original but that’s not much of a surprise – the Droid 2 wasn’t a giant leap forward over the original either.

So, that may make the Motorola Droid X2 a limited device for those who just want that large screen, as we’re going to see some killer Android devices hit the market soon. The Atrix 4G and the aforementioned Bionic both seem like better devices than the rumored leaked specs and the Bionic will also be able to take advantage of the Verizon 4G LTE network.

I was a huge fan of the original but it’s looking like I may have to take a pass on the Motorola Droid X2. Obviously, we’ll have to wait until this thing gets official before we can make a final judgement.

Are we asking too much of companies to provide an excellent specs upgrade each year? I don’t know about that because the hardware is just getting so much better at a faster rate that we should expect the top of the line. How say you?