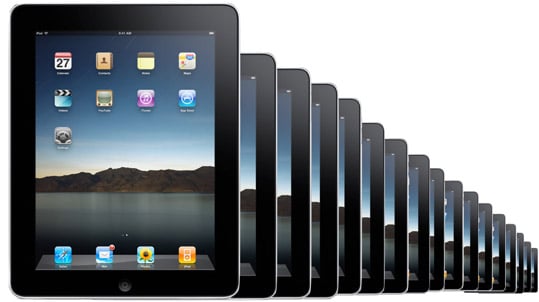 As part of its plans to ship 40 million iPads this year, Apple has occupied close to 60% of the global touch panel capacity causing tight supply among competitors.

According to sources from upstream component makers, it’s the second-tier players that won’t be able to procure enough touch panels for their tablet devices. With RIM, Motorola, HP and Samsung competing for same products, there may not be enough units left for the likes of Asus.

Apple holds control over the capacity of major touch panel makers such as Wintek and TPK, prompting other companies like Samsung and Acer to turn to smaller touch screen suppliers such as Sintek Photronic, Egalax-empia Technology (EETI), AimCore Technology and J Touch. Samsung’s recent cooperation with Sintek was meant to secure related supplies to avoid shortages that could potentially ruin the vendor’s product plans.

It is said that last year capacity was not the problem, but low yields of touch panels. In 2011, Apple’s strategy of taking up most of the capacity should help the company quickly expand its sales, while potentially reducing its competitors’ shipment growth. I don’t think this is a part of Apple’s “evil plan,” but a realistic view of the demand that could also prove to work against its competitors. We’ll be watching where this goes and keep you guys and gals in the loop. Stay tuned…

Just because you don't attend, it doesn't mean you can't win. Take Apple for instance. Last year, Steve Jobs was...