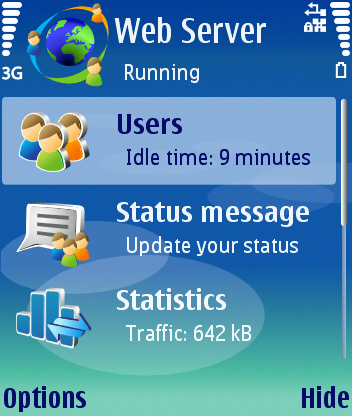 Apple’s done some pretty amazing things when it comes to consumer electronics, and iTunes is pretty cool too, despite the fact that it’s starting to show its age, but where they’ve been a bit of a disappointment in the web services arena. MobileMe is, to put it bluntly, a joke. For $100 a year you get a glorified photo storage service and the ability to sync your various calendar and contact data between your Apple devices. According to Cult of Mac Apple is going to give MobileMe a complete overhaul and the type of things they plan on doing will put them in competition with some of the hottest companies on the internet today.

First there’s a video streaming service. You’ll be able to stream video to Apple’s servers and then pass a URL to your friends who will then be able to watch whatever it is you’re pointing your lens at. Goodbye Ustream. Next there’s a location based check-in service that’s going to be an exact clone of Foursquare. And finally, the best part, is your MobileMe page will show people the songs you listen to, the apps you’ve got installed, status updates, and even your favorite websites. Privacy advocates are freaking out right about now, but Apple has traditionally been quite generous with giving users granular control of their data.

The source who spoke to Cult of Mac says that: “Apple thinks of it as having a webserver in your pocket … everything will be dynamically updated to MobileMe.” If this is true, then why not also bundle a web based calender, contact, notes, and todo list? Nokia tried something similar with their “Mobile Web Server” project for Symbian many, many, many years ago, and the concept was shockingly brilliant, but it never got any traction and was eventually shelved. If Apple pulls this off … kudos.