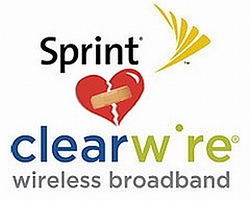 Clearwire, the high-speed 4G WiMax provider, has been in a bit of financial trouble lately, and it’s looking to climb out of its hole by patching things up with Sprint. Earlier this year, Sprint announced that it would not purchase Clearwire’s debt, and suddenly rumors of being sold altogether started cropping up. Shortly before the announcement was made, the provider’s founder and chairman Craig McGraw resigned. In all, things haven’t been looking up for the WiMax provider.

In November, Clear and Sprint were in a bit of a dispute over 4G WiMax fees, where the former insisted that it receive fees for 4G devices being sold on Sprint even if the devices weren’t accessing its 4G network. At the time, I mentioned that Clearwire ought to tread carefully given Sprint’s stake in the company, and its position to help Clearwire if it ever needed it. Now it needs it.

The two service providers are now apparently clearing up a dispute over wholesale fees, which had been hurting the service provider’s revenues up until now. Still, the WiMax provider is looking to sell some spectrum or find an equity partner to make an investment:

Clearwire has also discussed the option for an equity investment from T-Mobile USA in exchange for a wholesale agreement with that company. Clearwire did not comment on specific talks during its conference call on Thursday but said it expects to make a decision about a spectrum sale in the second quarter.

T-Mobile is also rumored to be the primary candidate for purchasing spectrum from the 4G WiMax service provider, but it’s also a rumor that has been going on since last spring.

Things are beginning to look up for now, but there is still a long way to go. The end of the dispute with Sprint should help tremendously.

Sprint: We’ll tell you whether or not we’re going to use LTE in about 6 months

American wireless operator Sprint, who together with Verizon keep the CDMA standard alive in North America, bet on WiMAX for...