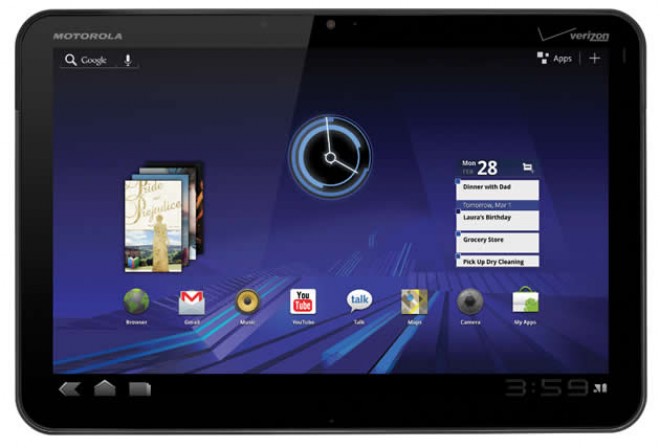 Many people who were dead set on grabbing the Motorola Xoom the second it landed on Verizon’s shelves may have gone back on their decision when they heard that it will cost $800 at launch. The terribly sexy and expensive tablet may have what it takes to take the crown as the best Android Honeycomb tablet, but the price just might not sit right with everyone. Well, Sanjay Jha decided to go on the record and explain the pricing of the tablet.

Apparently, the extra cost is due to the fact that you can upgrade the Xoom to give it 4G capabilities.

“We felt that our ability to deliver 50Mb/s would justify the $799 price point. It is 32GB with 3G and a free upgrade to 4G. Being competitive with iPad is important. We feel that from the hardware and capabilities we deliver we are at least competitive and in a number of ways better [than the iPad].”

Jha’s response does make some sense — you basically gotta pay to play — but I seriously doubt a majority of users will be seeing 50Mbps in real life situations.

For a company who prides themselves on offering choices, we’re surprised that the Xoom doesn’t come with a non-4G LTE option to help make the price tag easier to swallow. The price point tells me that you have already paid the 4G module up front, and the actual installation of it will be free. Hopefully the rumor of Verizon keeping their LTE data plans the same as the 3G plans remains intact, because if it doesn’t it would just be an extra fee to fully utilize your device.

The Xoom’s direct competitor in the Android Honeycomb space is the T-Mobile G-Slate, and while we have no idea how much the 3D-centric tablet will cost, I’d have a hard time believing it will run you $800. Throw in the fact that the G-Slate will be HSPA+ capable out of the box just makes me want LG’s tablet even more.

So do you think that Motorola offering up Verizon’s LTE service justifies such an outrageous price for the Xoom, or will you be looking to the competition?

Have unusually large fingers that get in the way when surfing the web on your phone? Maybe you're just lazy...