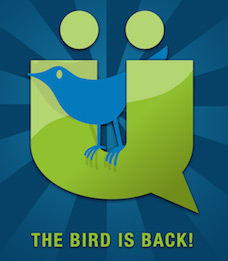 Folks that follow Twitter closely are aware of the controversy the developed between the microblogging service and software company UberMedia. On Friday afternoon, UberMedia had the API access of it popular Twitter clients, UberTwitter and Twidroyd, cut off at the knees. All the people who use these clients on Android, BlackBerry and iOS were no longer able to gain access to the popular social network from their mobile device. Twitter claimed the applications violated the network’s term of service by offering direct messages greater than 140 characters, trademark infringement by using an application name the includes Twitter’s name and changing the content of people’s tweets to make money.

Representatives for the social network claims it bans applications all the time and the removal of UberMedia applications were part of the normal process of ensuring applications stay in compliance with Twitter’s ecosystem. After a weekend of being down, UberMedia has resubmitted its revised and renamed applications and the social network has approved both the UberMedia’s BlackBerry and Android clients. As part of its changes, UberTwitter for BlackBerry is now rebranded as UberSocial and is available from UberSocial’s website. An updated version is needed to re-establish Twitter access. Twidroyd kept its name and an updated version is also available for customers to download. The iOS applications UberCurrent and UberSocial (formerly UberTwitter for iOS) are still under development and have not been sent to Twitter for review.

Twitter confirmed that it has re-opened its API to these applications and will continue to monitor their changes in the future. Now that UberSocial and Twidroyd are back in action and harmony has been restored, what do you think of this move by the popular social network? Are they merely protecting their ecosystem as they claim or did they step over the line?