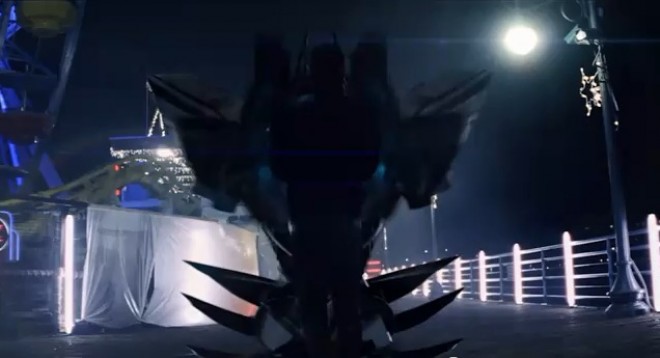 A new Motorola Xoom ad has hit the internet that is certain to get the hype-machine going at full throttle. This 16 second shorty doesn’t have a spoken word within it, but after seeing the ad itself, you’ll see that it doesn’t need to.

We can all assume that this will be the beginning of a Verizon and Motorola Xoom ad-assault on the world, as they have done many times with other Droid devices. The ad is pretty brilliant, and will catch you off guard upon firstviewing . Why didn’t Sanjay Jha say that the Xoom will encapsulate you in a metal, flying pod to justify the tablet’s price? That’s bound to get some attention, right?

Although the Xoom doesn’t bear the Droid moniker, it hasn’t stopped Big Red from giving the ad a “this is a super-machine” kind of feel, and it looks like it’s working quite well for them. This doesn’t translate to how well the tablet will actually sell, but that won’t stop Verizon from shoving ads like this down our throats. Motorola has a lot riding on the button-less Honeycomb tablet, and while it may be a bit pricey, we can still see Verizon selling quite a few Android Honeycomb tablets once launched.

Even though the Xoom won’t ship with Flash, which is a big differentiator from the iPad, there are still plenty of people who are excited for this thing. Even if the tablet never saw Flash support, Android Honeycomb OS alone is nice enough to be interested, although it may not be enough to drop $800 on it. Either way, ads like this will get the larger-than-life tablet some serious attention from potential customers and Android fans, and we can’t wait to see what the response will be on launch day.