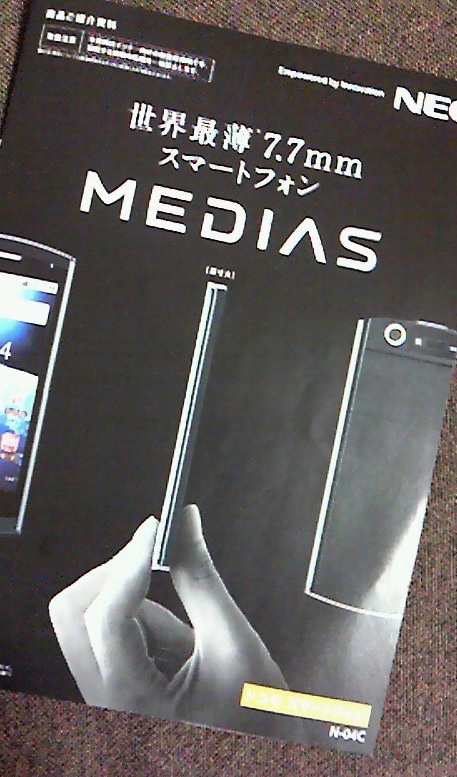 The race to build the slimmest mobile phone possible began with Motorola and their iconic RAZR. When that thing came out not only was the price tag absurd, $500 with a 2 year contract, but it also measured just a scant 13 mm thick. That was simply unheard of back in 2004. Since then devices have been slow to shave off excess millimeters. The Apple iPhone 4, at only 9.3 mm thin, is one of the thinnest devices on the market today, but that’s going to change this year thanks to the likes of Sony Ericsson and the 8.7 mm thin Xperia arc and the LG Optmius Black, which is 9.2 mm at the thickest point and 6 mm at the thinnest. The Japanese, looking to join the race towards anorexia, couldn’t just stand back and watch the competition win, so NEC has just come out and announced the MEDIAS N-04C. It features a 4 inch screen, runs Google’s Android operating system, has NFC and a TV tuner, yet it comes in at just 7.7 mm thick. The question I’m asking myself is where exactly do they put the battery and how long will it last before it starts crying to be connected to a power outlet? 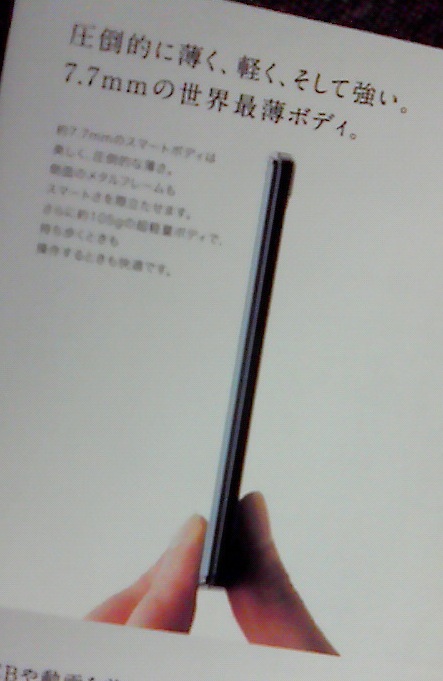 Now that we’re in the process of upping core counts and using exotic materials to make ever slimmer devices, when are handset vendors going to return to the drawing board and innovate on something like form factor? The mobile industry stamps out black rectangles faster than they can sell them, and the few devices that even have QWERTY keyboards are all the same portrait or landscape slides. Where’s the innovation that once existed at Sony when they came out with the CLIÉ family of devices that came in shapes and sizes that have yet to be cloned by anyone else?

Thin is in, I get that, but I’m also getting bored.

A new Motorola Xoom ad has hit the internet that is certain to get the hype-machine going at full throttle....