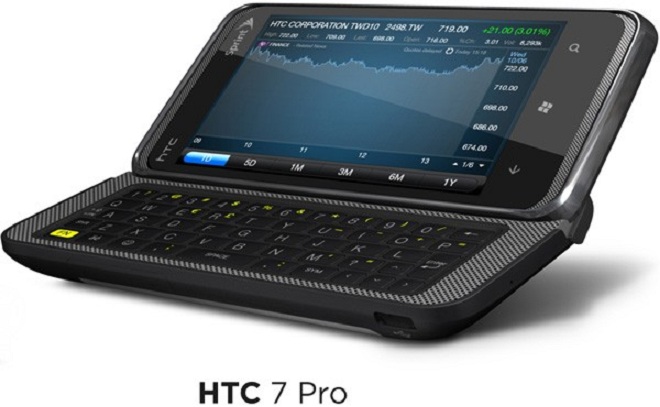 Well, we were scratching our heads about what new phone Sprint would unveil Feb. 24 but the latest tweet all but confirms that it will be a Windows Phone 7 handset for the CDMA carrier.

“Wouldn’t it be great to have your phone integrated with your home game console, like Xbox? #comebackfeb24,” the Sprint tweet said.

Guess which is the only smartphone platform that can integrate with the Xbox? That’s right, we’re talking Windows Phone 7 and its gaming hub which lets you control your avatar, earn more achievements and eventually play games across devices (Xbox to phone, phone to Xbox). This is supposed to be a major selling point of Microsoft’s latest mobile platform.

As for which device Sprint will land, we’re guessing it will be the HTC Pro 7, which was said to be coming to Sprint when Windows Phone 7 was first introduced. This handset sports a 1 Ghz Snapdragon processor, 448 MB of RAM, a 3.6-inch screen with WVGA resolution (480 X 800), a 5-megapixel camera capable of HD 720p video and it will have 8 GB of internal storage.

The new also indicates that the Windows Phone 7 update which will bring copy and paste is just about ready, as this update also brings CDMA support. We just saw a small update roll out but this hasn’t been the smoothest update – some users are reporting that their devices have been bricked.

Microsoft’s mobile platform has sold only about two million units since it was released in November but the move to CDMA carriers in the United States could give it a real shot in the arm. Verizon has downplayed the platform multiple times but that will likely change once it starts offering devices with the OS – remember how much Big Red used to talk trash on the iPhone before it started offering it?

Video: Microsoft “real time trials” shows how fast you can get things done with Windows Phone 7

The smartphone is perhaps man's greatest invention, but the increasing amount of people glued to their screens is a bit...