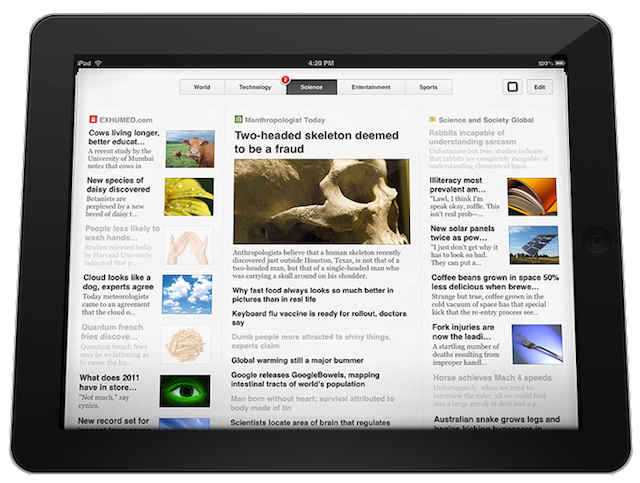 While Apple’s tablet is going to face some stiff competition in 2011, a new report from ABI shows that the iPad remained the king of this market in the third quarter of 2010 by capturing 93% of the field.

The report said that there were 4.5 million units sold from the period that ABI monitored and the Apple iPad accounted for the bulk of the sales. It’s not much of a surprise, as the only high-profile competitor in the tablet market was the Samsung Galaxy Tab. It also competed with a slew of super cheap Android tablets from the likes of Coby but these devices weren’t really considered a direct competitor.

“Over time, Apple’s first-to-market iPad advantage will inevitably erode to some extent. ABI Research has been tracking media tablets since December 2009; future quarterly editions of this Market Data product will include market share tracking of all the major media tablet vendors,” said Jeff Orr at ABI, in a preapred statement.

While the Apple iPad has deserved its success in the market, this will be the first year that it faces some real competition from devices that are just as good, if not better than the tablet. Today is the first day you can get the Motorola Xoom, a Tegra 2 powered Android 3.0 Honeycomb tablet that features multiple cameras, 3G and 4G in the future.

We’re also going to see multiple Android 3.0 Honeycomb tablets, as we just got our hands on the Samsung Galaxy Tab 10.1 and the LG G Slate. It’s not just Android, as we’re going to see tablets powered by the BlackBerry QNX operating system and the HP webOS platform.

But maybe these competitors have its sights on an old target, as Apple will unveil the iPad 2 next week at an event in San Francisco. We’re expecting this to be much thinner than the current model, use a dual-core processor and sport multiple cameras.

Verizon has finally come to its senses and will no longer make it mandatory for all Motorola Xoom buyers to...