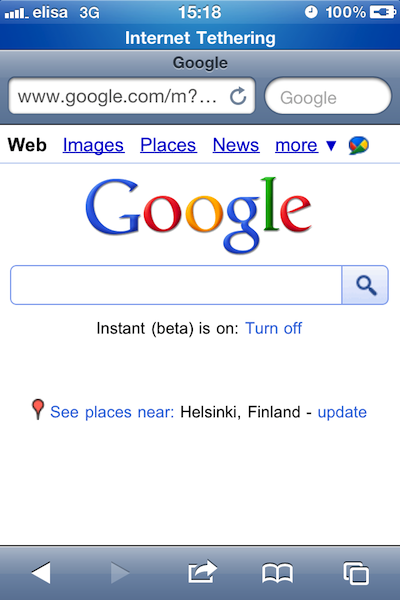 Accessing the internet while on the go is the reason why many of us use smartphones in the first place. Whether you’ve got 100+ applications installed or absolutely none, the browser icon is the one you most often reach for while waiting in line at the supermarket or when you’re bored listening to your friends talk about how their favorite football team is having a bad season. You’d think that with the iPhone now creeping up on 4 years of age, and the glut of Android devices hitting the market, people would be more inclined to check up something on their handset, but a recent survey of 2,296 UK and 2,079 US people over the age of 18 done by YouGov says otherwise. Their findings show that only 20% of Americans use the mobile web on a daily basis, 33% use it at least once a week, and a whopping 44% have never even bothered trying to visit something like Facebook. The UK is a little bit more advanced with 23% saying they use the mobile web daily, 34% weekly, and that 39% of people who have internet enabled mobile phones have actually tried it out.

In 2009 only 17% of Americans used the mobile web in their day to day lives, so an increase of 3% is pretty small when you consider how fast the smartphone market is growing. There can only be one explanation for this, and it’s the operators. They still charge too much for data, they’ve even stopped offering unlimited plans, and because of them growth has stagnated. If you own a device that’s ancient then you don’t deserve to be excused either since you can load up applications like Opera Mini or Bolt that compress heavy websites down to size via a remote server before spitting them back down to your handset.

Here’s hoping that rumor of a smaller/cheaper iPhone is true, because we need more people taking full advantage of the internet on the go.

We all know that Google Android activations are on a rocket ship to the moon - the recent Mobile World...