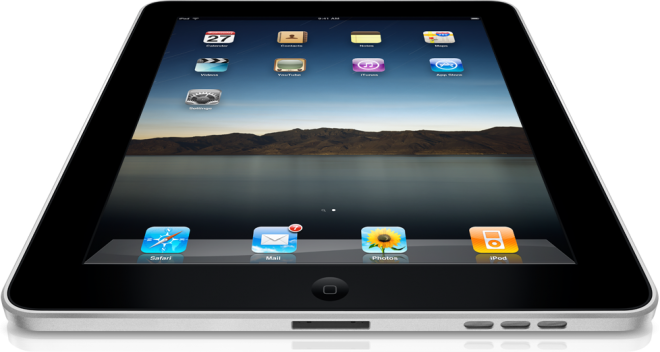 The iPad 2 is going to be announced on March 2, and there have been rumours abound of a Retina display (or at least higher-res than the original iPad) and an SD memory card slot. Apparently those features have been nixed due to “engineering issues”, although some argue that neither were in the picture in the first place. The source of the rumour said that we can expect an identical screen to the first iPad, more RAM, a new processor, and a camera on either side. There’s also a vague possibility of a lightweight carbon-fiber body, but that’s not locked-down right now.

There are lots of rumours swirling around the announcement next month, including that the next iPad will have NFC, or a mini USB slot, but it’s foolish to hang your hat on any of those possibilities, including the SD card slot or the retina display, barring any evidence beyond whispers and chatter.

Assuming the iPad 2 will be a modest iterative upgrade, will it be able to compete with the slew of competing tablets that will be hitting the market before the summer? The Xoom just came out, and its 10.2-inch 1280 x 800 display edges out the iPad’s 1024 x 768; if the next one has the same screen resolution, even the 7-inch BlackBerry PlayBook stands to offer an equally-crisp image. Then there are extras, like HDMI-out, that has become more or less standard on tablets, and DLNA support for sharing media over Wi-Fi (something Apple’s proprietary AirPlay is trying to tackle). Of course, Apple’s tablet will still have the significant lead in apps and installed base, and it’s assumed that Apple will cut the cost on the original model as they release the new one.

It seems like the number one feature folks are waiting for in the iPad 2 is a camera, and if Apple can pull that off with a few spec bumps, it’ll probably be enough to sell. Any of you guys still dead set on picking up an iPad 2, given the new info?