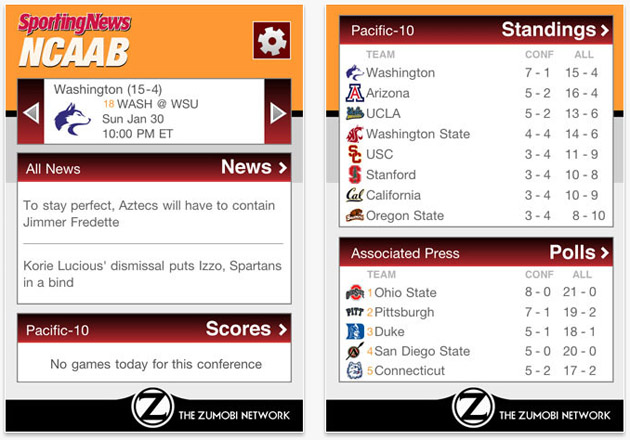 Zumobi and Sporting News have been co-operating for quite some time now, having produced a number of mobile applications covering Baseball, Pro Football and NCAA Football. Now the two companies announced they have formalized a long-term agreement for co-publishing mobile news apps in all of the major sports categories, professional and college.

Like other Sporting News apps, these two also feature latest news, scores, videos, standings and stats, with the ability to get push notifications for up-to-the-minute news. Moreover there are at-a-glance game information, as well as customization options to select favorite teams and conferences.

Zumobi says that the Sporting News apps offer compelling sponsorship opportunities and already they’ve scored the first client – Ford, which is promoting its new F150 model. You can grab Zumobi’s Sporting News apps by search for “Sporting News” in the Android Market or Apple’s AppStore.

Kaspersky Lab announced that it is now offering protection for BlackBerry and Android smartphone owners, in addition to Windows Mobile...