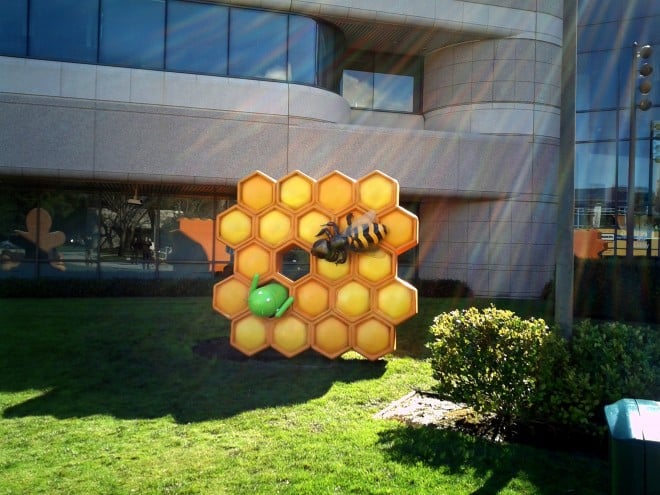 We’ve been wondering when the Honeycomb statue would make an appearance at the Google campus, and that day is today. Now Android 3.0 is finally next to its brethren in the form of, well, a honeybee’s home – Honeycomb.

The statue for Honeycomb is a bit more interesting than previous versions, as you’ll find a bee sitting next to the Android robot, who looks to have lost his way. It may have taken a little longer than usual for it to make its appearance, but it certainly fits right in with the rest of the crew. It may be overshadowed from the impending Ice Cream Sandwich update that will bridge Android 2.3 and 3.0, and hopefully it’ll have Honeycomb-flavored ice cream with Gingerbread cookies holding it up.

That’s all the news here, folks. If you want to see more Honeycomb action, check out the video below of the statue being taken out of a truck. A minute of your life you’ll never get back. Enjoy!

Motorola doesn't seem satisfied with its hot new 10-inch Xoom Android tablet, or its Atrix 4G - a smartphone that...