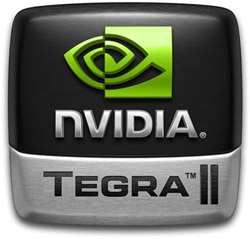 The Motorola Xoom and its built-in Nvidia Tegra 2 dual-core processor promise to deliver a new level of gaming experience. That said we’re not surprised that the games slated to hit the platform got a special suffix – THD. That “T” is obviously for “Tegra” but the problem is that other chip makers like Qualcomm and Texas Instruments will also launch their own dual and even quad-core mobile processors. I guess Nvidia reaps the benefits of being the first company to commercially launch a dual-core CPU, hence the THD suffix.

Anyway, among the first games optimized to sing along Tegra 2-powered tablets, we find Fruit Ninja, Backbreaker and Samurai II: Vengeance. Glu has also demoed few of its popular titles on the Moto Xoom and I’m sure other major publishers are lining up as we speak.

In addition to Tegra-exclusive titles, some companies talk about Tegra-exclusive content. For instance, Dungeon Defenders: First Wave Deluxe comes with additional missions, enemies, bosses, pets, and weapons when played on the Xoom-like device…

LG announced today that its Optimus 2X, formerly know as the LG Star, is ready to make its official European debut...