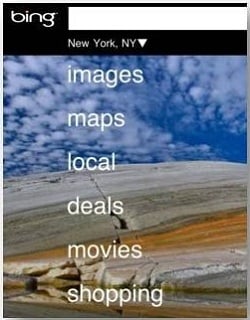 If you’re looking for another reason to check out Microsoft Bing on the go, the company has introduced a location-based discounting service which ties into group-buying services like Groupon, LivingSocial and others.

If you’re on an Android or iPhone, you can go to m.bing.com to get at the Bing Deals and it will use your GPS chip to determine where you’re searching for. This will then lead you to multiple deals around you.

I pulled out my Atrix 4G to test out Bing Deals and I found things like a 46% discount off massages or 25% off meals. Microsoft isn’t involved in the deals or endorsing them, as it just points you to things like Groupon and LivingSocial.

Hitting the Bing Deals link on the discount will kick you off to whatever site is having the sale and it’s simple enough to do from there. I don’t know if this is a feature that will help Microsoft’s search engine totally defeat Google’s search dominance but it’s a nice feature to have.

As companies like Groupon are printing money left and right, we’re bound to see these group-buying services look at the mobile side of things for growth. The Groupon app is already available on multiple platforms and so are competitors like LivingSocial and others.

The mobile discount market could be very interesting, as it can include your location to a better degree than the desktop versions. Loopt has been offering location-based deals for more than a year now and we’re also starting to see new players that could compete with Bing Deals.

We were able to get a sneak peek at the Five and Fifty service and we liked it. This service lets small businesses offer limited discounts to interested customers via SMS. We’re still waiting to see how it rolls out and scales, though.

If you were looking to pick up that shiny new iPad 2 with 3G, you'll be happy to hear that...