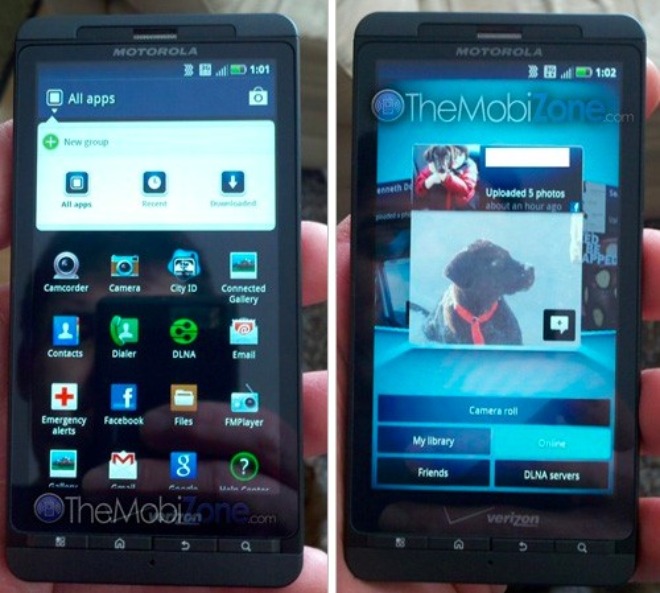 We had seen a few pictures of a new version of the Motorola Droid X2 a couple of weeks ago, and it looks like it’s getting ready for prime time by going through FCC filing. The filing doesn’t reveal much, other than support for Wi-Fi 802.11n and EV-DO-flavoured 3G, suggesting a release on Verizon.

There are conflicting reports about what the specs will be like on the Motorola Droid X2; one optimistic leakster suggests we’ll see a dual-core Tegra 2 processor, 1 GB of RAM, and a 4.3-inch 960 x 540 display, while others say it will have a more modest 854 x 480 screen, single core 1.2 GHz processor, and only 768 MB of RAM. The slight dissimilarities between the two sets of specs would mean the difference between being a high-end smartphone and a mid-range iterative update.

Considering how much time Motorola must have spent getting the Xoom ready, I wouldn’t be surprised if doing something awesome with their smartphones took the backburner for just a little bit; then again, the Bionic is sounding pretty snazzy, so maybe the Droid 2X will simply be a lower-end counterpoint.

Nothing is official for the Motorola Droid X2 just yet, but we’re expecting it to land sometime in the second quarter.

Motorola continues to invest in services to bolster its mobile offerings as the company has announced an investment in the...