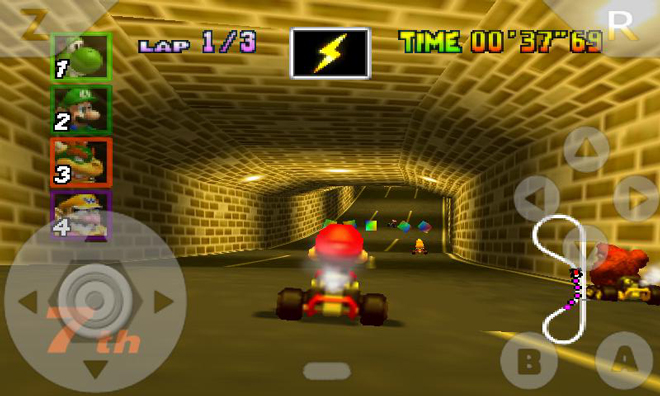 The only fitting response to Nintendo ragging on smartphone gaming is to release an N64 emulator on Android, isn’t it? Yongzh has recently released N64oid on the Android Market, complete with transparent on-screen controls (with the option to use the accelerometer as the analog stick for tilt control), or you can configure hardware controls, ideal if your phone has a physical keyboard. There’s also save/load support, which is a must for any serious gamer. In terms of game selection, Mario 64, Mario Kart 64, Diddy Kong Racing, and Legend of Zelda: Ocarina of Time are just some of the titles shown in screenshots, and I presume there’s support for the popular ROM formats.

I’m actually kind of surprised to find these apps on Google’s official app store – there are all sorts of intellectual property complaints Nintendo could bring to bear. The iPhone App Store doesn’t allow this kind of thing at all, which is great for content providers like Nintendo, but not so great for end-users who want their 64-bit mid-90s gaming jollies on the go.

N64oid can be found over here costing $4.99. Yongzh has a few other emulators in both free and premium varieties if you’re looking for something a little older-school – Super Nintendo, Sega Genesis, Game Boy, Atari, and Game Gear apps can all be found on his Market page.

Apple threw a huge wrench into Samsung's Galaxy Tab 10.1 plans with the iPad 2, and now the manufacturer of...