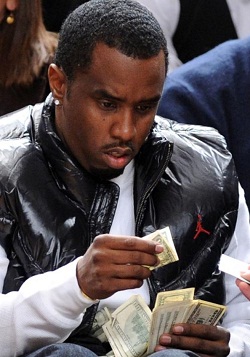 When Nokia decided to use Windows Phone 7 as its primary smartphone platform a few weeks ago, there were many questions as to why it chose the Microsoft platform instead of something like Google’s Android. Well, a new report may shine light on this decision, as it says that Microsoft is paying Nokia more than $1 billion to adopt, use and promote the Windows Phone 7 platform.

The deal is still being finalized but a report out of BusinessWeek said:

Nokia will pay Microsoft a fee for each copy of Windows used in its phones, costs that will be offset as Nokia curtails its own budget for software research and development, said one of the people, who declined to be identified because the final contract hasn’t yet been signed. The agreement runs for more than five years, the people said.

I’m sure that $1 billion was a large determining factor in why Nokia chose Windows Phone 7 over Google and it may be that the search giant didn’t want to match this price tag. Instead, it seemed content to talk trash on Twitter.

The move could be smart for Microsoft, as the smartphone space is already outselling PCs and that’s expected to continue at an advanced rate over the next few years. For all of its flaws, Nokia is still the world’s largest handset maker, can design a decent product and has fingerprints all over the globe.

If it can get Windows Phone 7 to get some serious traction around the globe, that $1 billion will be chump change when you consider the other services it could tie users into like the Zune Pass. These broad visions are always appreciated but we hope that Microsoft doesn’t forget about the small ball stuff – you know, pushing out updates that brick phones is probably bad for business (the worst part about that is the update doesn’t even add meaningful features!).

Android Leads U.S. Market, BlackBerry and iPhone Not Far Behind

Corroborating Nielsen's survey, comScore has released a study showing the progress of mobile platforms in the U.S. in the three...