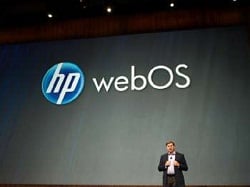 When HP introduced the webOS TouchPad and its new lineup of smartphones, the company said it would be bringing webOS to the PC market. Now, the HP CEO is saying that all of its PCs in 2012 will ship with webOS.

A report out of BusinessWeek said that Leo Apotheke said all of the company’s PCs will ship with this mobile platform in addition to Windows. The goal is to galvanize developers to create apps for this platform, which will make the smartphones and tablets more compelling.

The webOS platform has about 6,000 apps at the moment, which is far less than the 350,000 apps found in the iOS App Store and the 250,000 programs in the Android Market. By including webOS on millions of PCs, this should jump start developer interest.

We’re still not sure how this will work but we know this won’t replace Windows. We’ve always fancied the idea of webOS being used as a quick-boot option for PCs – your device automatically wakes into it and it will sync with your mobile devices to let you know any calls, texts or app notifications.

What will likely happen is that HP’s mobile platform will be an application or a virtualized environment on the desktop where your apps on your phone will sync over and provide notifications. I don’t really see the appeal of using the apps on the desktop that much because most of them should be designed for a strong touch interface but HP has made some cool touch-capable PCs before, so you never know.

What do you think, friends? Will this really be the shot in the arm that webOS needs? Are you interested in this as a consumer? For our lovely developers out there, would this move make you take a look at HP’s mobile platform in addition to the iPhone and Android?

HP TouchPad gets its page on Amazon

Good news for those of you looking forward to get their hands on HP's TouchPad as the device has got...