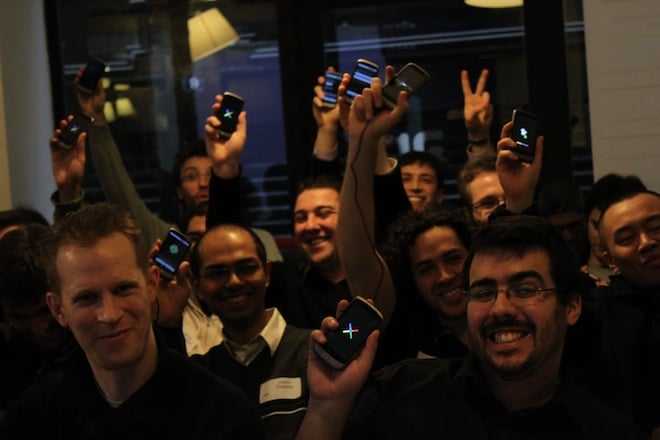 When it comes to mobile it’s typically been the case that Western Europe has acted as a bellwether for trends that the rest of the world would soon adopt. The iPhone challenged that notion slightly, giving the United States an outward appearance as being technically advanced, but the robust networks and cheaper phone bills over on this side of the pond keep the old world on top of the totem pole. Analysts at IDC have tabulated that 58.7 million mobile phones were sold in Western Europe during Q4 2010, a 3.2% increase year on year. Of those handsets 25.6 million of them, or 44%, were smartphones. That’s an increase of 99.4% year on year. Feature phone shipments were down a staggering 24.8% to just 33.1 million units.

Which smartphone operating system is leading the pack? Android, which managed to grow 1580% year on year by shipping 7.9 million handsets versus 470,000 during the same quarter a year ago, now commands 31% of the smartphone market. Sales of the iPhone increased 66% after the Jesus Phone was launched in more countries. And last but not least, Windows Mobile, which we’ll count as both the previous generation and the new Windows 7. Their numbers are up 18% year on year, but more importantly they’re up 100% when you compare Q3 2010 to Q4 2010, showing that Europeans are actually warming up to to Microsoft’s latest attempt at creating a mobile operating system.

How did Nokia do? They’re Europe’s shining jewel, yet they managed to ship 11% fewer units, just 19.6 million, and their market share fell from 39% to 33% in just one year. Samsung didn’t fare too well either. The shipped 2% fewer units than the same quarter a year ago. Sony Ericsson shipped 15% fewer devices, just 2.2 million smartphones and 2 million feature phones. And let’s not forget about RIM, which despite everyone saying they’re out of the game managed to ship 3.8 million units, up 67% year over year.

Sporting the T-Mobile G2 in your pocket, but envious of the Desire Z and its stock Android trimmings? Well, it's...