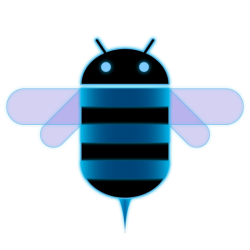 Android 3.0 Honeycomb, the tablet-optimized version of the OS, has been met with either intrigue and awe, or complaints and slander. One analyst is on the latter side, and believes that Honeycomb will likely only stay within the group of “geeks”. In all honesty, it likely will in the beginning, but that’s not necessarily a bad thing. What’s more interesting is that the same thing was said about Android as a phone OS.

Trip Chowdhry of Global Equities Research believes that Android 3.0 will be a failure, and has very little chance of catching on to the mass consumer. His points are clear, and hard to deny, but it seems as if he has dismissed the extreme success of the OS as a phone platform.

Android has always been “too geeky” for the world, but that definitely didn’t stop it from becoming the largest mobile operating system in the world. To think the same about tablets is unwise, even if it looks like the chips are falling on all the wrong sides.

Chowdhry makes mention that even if Android 3.0 fails as an OS, that it would have little effect on Google, as it’s the device-makers that are going all in with Honeycomb, and thus have more to lose. The main problem with the one existing, and upcoming Android Honeycomb tablets are price. The Motorola Xoom’s lowest price is available only with a data plan through Verizon, but the no-contract option is $800. Price point will remain an issue until manufacturers can make a high-end tablet with a low price tag.

Manufacturers are trying to capture some of Apple’s success, and we don’t blame them. However, they are going about it the wrong way by pricing their tablets too high, especially considering the lack of (for now) tablet-application support. Until these things are addressed, Honeycomb won’t be nearly appealing of the iPad. Even then, Android is a “smart” operating system, and will likely never match iOS in terms of user experience. That said, and going back to my previous point, it never stopped Android as a phone OS from becoming a success, and I have little doubt that Android 3.0 will do the same. But for that to happen at all, these things need to be worked on.

We reviewed Honeycomb not long ago, and walked away very impressed. Still, Android 3.0 has some work to undergo to make it more of a seamless experience, but that doesn’t mean that it’s not enjoyable to use. As time goes on, Honeycomb will be refined, and new features will be added, making way for a better experience.

I think it will take a least one more generation of tablets before we see Honeycomb gain some ground. By then, tablet makers will have made a decent amount of money on their high-end devices, and begin to make cheaper options. When that trend happens, we’ll begin to see cheap Android Honeycomb tablets that will meet, and even undercut the base model of the iPad.

That’s where Android will shine again, the proliferation of cheaper tablets is the key to its success. It’s also one of the key reasons users might get inconsistent experiences with the OS. But in two years, we’ll likely be seeing the Optimus T of tablets hit the market, with terribly competitive prices that competition just won’t be able to meet without cutting into their margins.

You know what? I believe Steve Jobs for the most part when he says that this will be the “year of the iPad 2”. But a pack of hyenas can still take down a lion, and let’s not get started on killer bees.

T-Mobile is continuing the expansion of its 4G HSPA+ network in the U.S., and today five new cities have been...