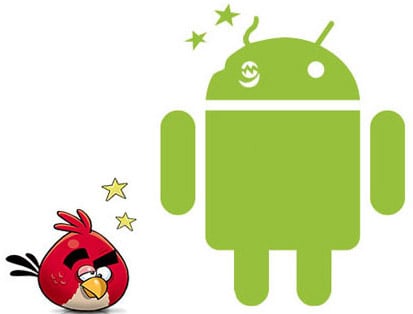 Angry Birds keeps breaking records. During the recently ended Game Developer Conference in San Francisco, Rovio’s Mighty Eagle Peter Vesterbacka announced that the game has been downloaded over 30 million times by Android users. The game is available as a free download on Android platform, while ads are displayed in the top right corner.

Mr Vesterbacka also said that people continue playing Angry Birds for quite some time, with 80% of all users downloading subsequent updates.

Those unfamiliar should know Angry Birds is one of the top mobile games ever. It’s available for few platforms, including Symbian, Android and iOS, with Windows Phone 7 version being in development as we speak. The game is such a phenomenon that it even got its animated series and will be turned into a board game, compliments of Mattel. Moreover, 20th Century Fox is co-operating with Rovio to launch Angry Birds Rio as part of the promotion for the upcoming movie – Rio…

Millennial Media launched a new version of its Android SDK, which is said to "take full advantage of the campaigns...