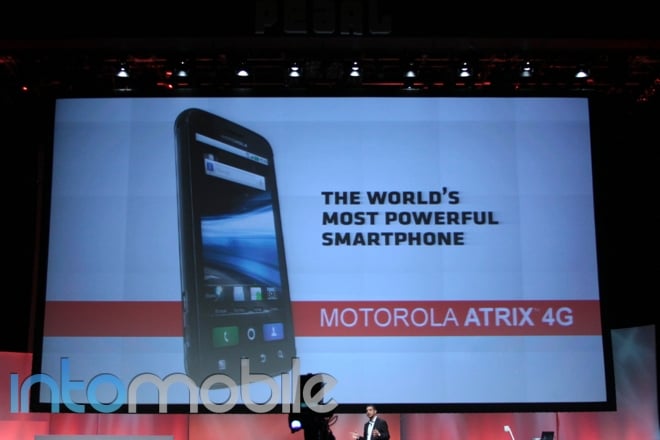 During AT&T’s keynote at CES 2011, IntoMobile Editor in Chief Will Park and I propped our heads up from our laptops and thought, “What?!” when the carrier announced that its network was actually a 4G network and that a new “4G” device would be coming soon. The smartphone announced that same morning was the Atrix 4G, dubbed by AT&T and Motorola’s Sanjay Jha as the most powerful and advanced smartphone to date.

However, there was a small problem: AT&T’s network didn’t actually change, only the name did. It was no longer a 3G network. Since T-Mobile decided to change the name for its 3G HSPA+ network to “4G” – America’s largest, no less – AT&T decided to follow suit. It also doesn’t help that the International Telecommunications Union, or the ITU, decided to revise its definition of 4G to include evolved 3G networks.

PC Mag doesn’t mince words about AT&T’s new network, and its failure to deliver what we’ve come to expect as 4G performance:

AT&T is lying about 4G. Shamelessly. The company’s two “4G” phones and its “4G” modem don’t deliver 4G even by AT&T’s own wishy-washy standards. Unfortunately, there’s no such thing as the 4G police, and AT&T is going to get away with debasing the term and confusing consumers to everyone’s disadvantage.

Harsh, but true. It continues:

AT&T has reached a new low, though, by delivering “4G” devices that are actually slower than the carrier’s own 3G devices. Yes, you read it correctly: for AT&T, 4G is a step backwards. In the past few weeks we’ve compared two AT&T “4G” phones and an AT&T “4G” modem against a few 3G devices.

It’s true that AT&T’s new Motorola Atrix 4G, the phone that also powers a devolved laptop, doesn’t perform or deliver the data speeds we’ve come to expect from a true 4G network. Its data speeds have been capped, and AT&T wasn’t shy about admitting that, either.

Who’s to blame for this 4G marketing-term mess? Is it Sprint who decided to call its first-generation WiMax network a 4G technology? Or is it T-Mobile when it decided to label its 3G network a 4G one because it delivered slightly-faster-than-3G speeds?

When you’re shopping for a new device, and the phrase “4G” is really being pushed in your face, be wary and do your research first. Which devices and networks really deliver the fastest and most reliable speeds? And what about your area?

The carriers have misappropriated the term “4G” and our only defense against this fraudulent marketing ploy is to educate ourselves.

[Update]
AT&T’s Seth Bloom reached out to clarify a few things. AT&T only started referring to its network as a “4G” network when its 4G handsets and laptop modems were announced, which makes sense. T-Mobile did the same thing with the myTouch 4G. Additionally, its network is capable of delivering its promised speeds, but has disabled HSUPA on the Atrix 4G – the technology responsible for delivering fast upload speeds from our devices – and will be made available to the device very soon. But we already knew that.

It’s also worth noting that AT&T will be launching its LTE network some time in the middle of this year. I wasn’t given a specific date, but the 4G moniker will stick. And while the LTE network is being built out, users who stray from LTE-covered areas will fall back on the relatively speedy HSPA+ network.

Finally, the carrier is really working on enhancing its cell site backhaul, which should improve data transfer speeds and performance. AT&T says, “By yearend, we expect that nearly two-thirds of our mobile broadband traffic will be on expanded backhaul.” Slowly, but surely, we should be seeing data speeds closer to what we’d expect from a fourth generation mobile broadband network.

So it’s not just that AT&T decide to re-brand its existing network as a “4G” network, but it is working on enhancing its backhaul at individual cell sites to deliver on its 4G promise.