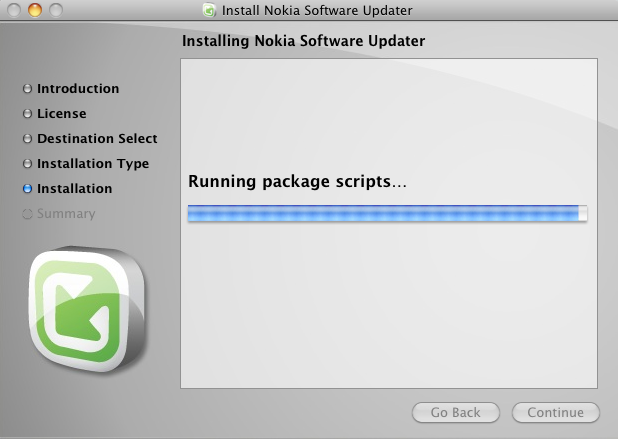 Many of Nokia’s latest devices include the ability to receive firmware updates over the air, but there are still a large number of handsets out there, both running Symbian and Series 40, that need to be connected to a computer in order to get the latest software. Until now you had to have a machine running Windows in order to perform these updates, but that’s no longer the case thanks to Nokia’s new Software Updater for Mac OS X. It’s labeled beta right now, but it’s a safe bet that using this isn’t going to brick your device. Some comments left on Nokia’s Beta Labs blog suggest that this application isn’t compatible with devices such as the N95 8GB, so don’t get too upset if there’s an error when running this on your Mac. You probably have at least one friend with a Windows box who can help you out anyway.

Compared to other handset vendors, Nokia is a mixed bag. Sure, they give users patches and what not, and some devices like the Nokia N95 get a lot more love than others like the N97, but Apple issues updated versions of their iOS that have a whole host of new features and optimizations to the built in apps you’ve been using since first booting up your iPhone. Then there’s Android, and you’re pretty much dependent on either your operator or the company who made your device to get updates. It’s why we always recommend the Nexus line of handsets, not just because you get newer releases of Android, but because they offer a pure Google experience without all the needless customizations handset vendors like to throw on top of what’s already an excellent user interface.

Back to this app, it a try and let us know what you think of it in the comments below!