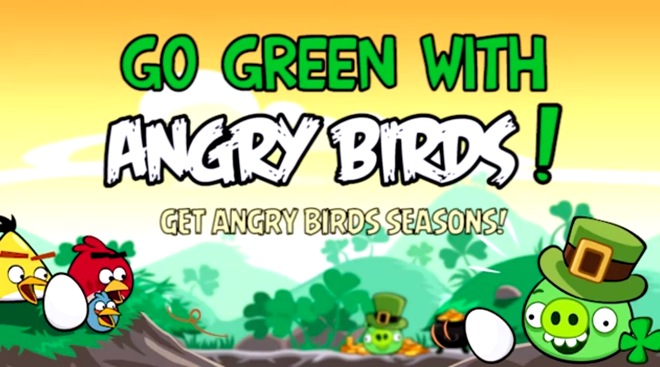 The Angry Birds franchise has become so popular and lucrative that the developer Rovio is preparing for an initial public offering.

“The plan is to seek an initial public offering (IPO) in New York, but the specific timing and details are still open,” Rovio said in the statement.

The move may seem odd at first because there are still some who view Angry Birds as a one-hit wonder but Rovio has made some intelligent moves to keep it going. The iPhone version was a smash hit with the purchase model but the company was able to change that to a free, advertising-supported model for Android.

The Angry Birds franchise has also become highly-sought after property. The upcoming Angry Birds Rio will be launching exclusively on the Amazon Android app store and you know Rovio got some great terms or straight up cash to make that happen.

Angry Birds is also continually being updated, so users are getting multiple new levels for free. Rovio has also introduced the Mighty Eagle as an in-app purchasing option and this is being used by about 40% of its users.

It’s not just the games though, as the company has inked deals to make its characters part of major motion pictures, we’ll be seeing toys and new versions of the game on nearly every single platform.

The IPO news comes just a short time after Rovio raised $42 million in venture capital. The company likens Angry Birds as its Mario but the difference is that Nintendo has created multiple franchises at or near, the Mario level. If Rovio wants to be a highly-successful, public company, it will have to continue to make its birds wildly popular, as well as create other franchises which reach the same level of success.

Do you think Rovio can do it?

Hit series 90210 gets its mobile game

Hands-On Mobile is turning the hit series, 90210, into a mobile game, which has been launched for three popular smartphone...