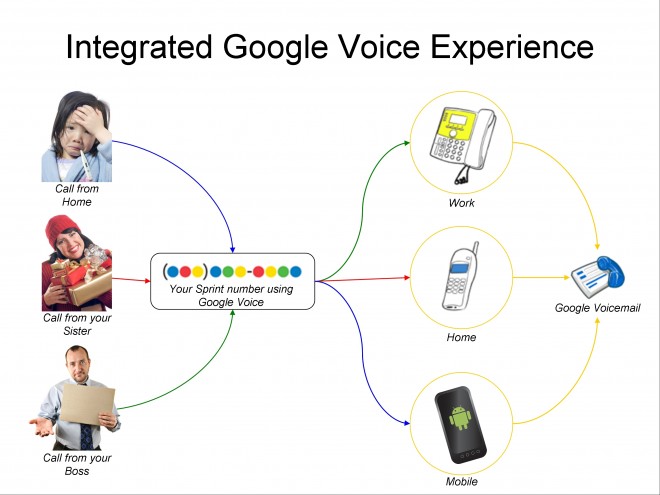 Along with being launched on the Samsung Nexus S 4G, Sprint has announced that Google Voice will be coming to all of their handsets from here on in. With a few quick steps, Sprint customers can turn their existing phone number into their Google Voice number, through which inbound and oubound calls from up to six different devices are routed. That means when you get a call, your home phone, mobile, and Gmail account will all ring, and you can pick up the call on whatever’s closest. Likewise, when you dial out on any of those, your contacts will get the same caller ID number. Google Voice also saves all of your text messages and tries to transcribe voicemail, which you can read in the Android app or in a web browser.

When Google first launched Voice, there was definitely some concern that they were horning in a little bit too closely on the territory of service providers, so it’s interesting to see Sprint embrace it with open arms. I somehow doubt the arrangement is exclusive however, and there won’t be much of a competitive advantage once the other carriers partner up with Google too.

To get started, head over to Sprint’s Google Voice page.

Sprint announced on Monday that it will be offering the Nexus S 4G Android smartphone made by Samsung in collaboration...