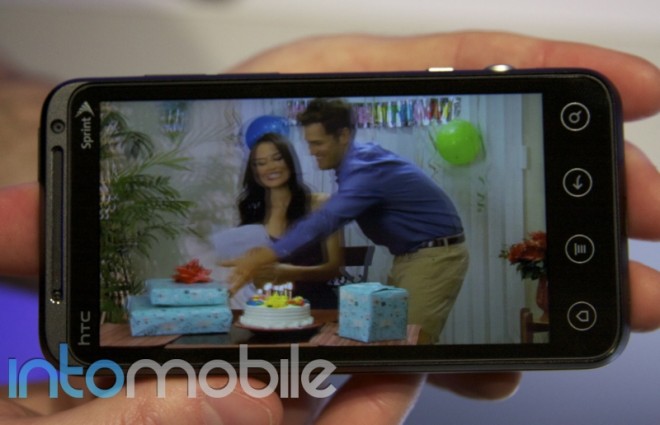 Today Sprint announced the next generation of the EVO line, and the HTC EVO 3D is all sorts of sexy. Nothing could really steal the show from Sprint today, right? Well, the 3D-centric handset just landed on HTC’s site – sporting a GSM radio. While it’s believable that HTC will have a GSM version of the handset, it seems a bit soon, no?

The site says the following for network support:

It doesn’t seem to be a mistake, but HTC could have possibly pulled the trigger a bit soon. Then again, what better wait to keep some potential buyers on their toes than showing that the handset won’t be limited to the US? After all, the similarly-speccd LG Optimus 3D is just waiting to be released, so it may be advantageous for HTC to get on the ball and start marketing the best handset in its history.

So far, the 3D race is currently only between HTC and LG at the moment, but if the handset-makers have some hits on their hands, we’ll see the space get crowded in no time. While I prefer LG’s cleaner custom UI, the Sense UI has been tweaked a bit with some optimized graphics, which will lend to a better 3D experience. LG is betting big on Android, finally, and is now bringing some high-quality and innovative devices to the table, but HTC has a much longer history with the OS, and people come to expect the best from their devices.

Since the GSM EVO 3D wasn’t announced today, there’s little to speculate about as to when the handset will hit stores, or what stores at that. The Sprint E3D will be coming to us sometime this summer, and it wouldn’t be all that surprising if we saw the same for the GSM variant.

Motorola working on own web-based OS that may replace Android

Motorola is working on its own web-based operating system and this may eventually wind up replacing Android on its future...