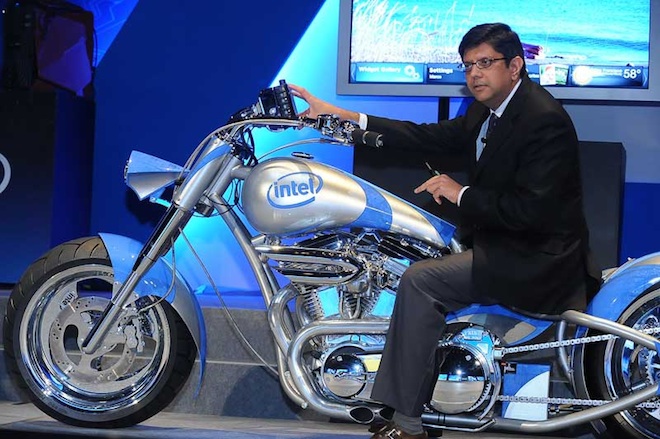 Intel’s known for making the processors that made laptops a mainstream item. Several years ago they tried to make the cost of laptops even more affordable by introducing Atom. While it’s debatable how successful the netbook category is, you can’t argue with the fact that one can now buy a portable personal computer for less than 500 Euros. Thank Intel for that. The head of Intel’s Ultra Mobility Group, Anand Chandrasekher, has been with the chip firm for 24 years and this week we find out that he’s leaving the firm. It isn’t that his work has been bad, just look at the latest generation of MacBook Pro laptops from Apple or the new solid state drives that make everything your operating system tries to do happen in the blink of an eye. No, his failure is bringing x86 processors to the fastest growing consumer device segment: smartphones.

His post will be filled by Mike Bell and Dave Whalen. The fact that it takes two people to fill his shoes says a lot. But let’s step back to August 2010 when Intel announced they were intent on purchasing Infineon’s wireless unit. For a company that invented WiFi and tried, hopelessly, to get WiMAX off the ground, why was Intel purchasing the guys who make the baseband that goes inside the Apple iPhone? Short answer is they know they need to make something, anything, that can fit inside a smartphone. Long answer is that the new competition from ARM vendors such as Texas Instruments and Qualcomm offer a more attractive product. As a device maker, why wouldn’t you be interested in buying a platform from a company that provides WiFi, GPS, a GPU, CPU, cellular connectivity, and soon even NFC? Intel’s model of selling chipsets and chips is grossly in need of an overhaul, and Anand failed to make that transition happen.

Motorola Mobility has signed a definitive agreement to acquire Dreampark, Norrkoping, Sweden-based IPTV software provider. The acquisition is expected to...