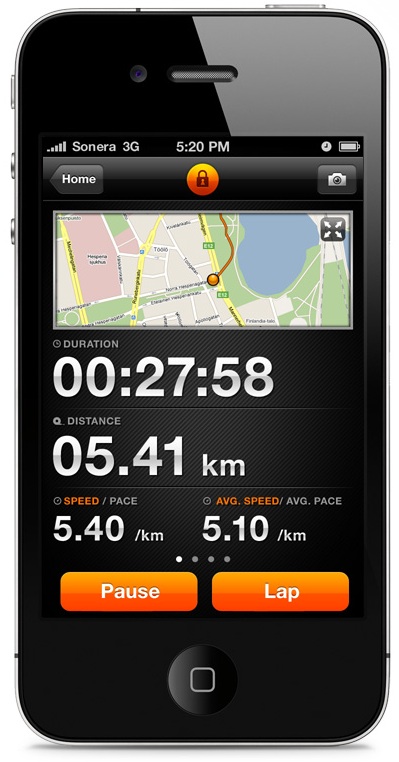 Sports Tracker is an application who has a history that’s almost as interesting as the app itself. It started out as a hobby project made a few Nokia engineers. They polished it up in their free time, released it as an application for Symbian devices, and it’s maintained a cult following; with good reason too. We’ve tried almost every sports application available, for nearly every platform, and Sports Tracker is simply the best due to ease of use, quick glanceable information, and it just plain looks pretty. After Nokia decided to let the Sports Tracker project die on a vine, the engineers who made it decided to leave the Finnish handset maker and start their own firm. Oddly enough, Nokia agreed to pay them to keep the Sports Tracker project living, and from what we hear the engineers are making more by having their own company than they were when they had 9 to 5 jobs. Anyway, many people who’ve been burned by Nokia’s latest flagships, mainly the N97 and N900, have switched to either the iPhone or something running Android, and in the process had to find a replacement to Sports Tracker.

Today that changes since Sports Tracker has officially announced that they’re coming to both the iPhone and Android. The release date is said to be in the near future once some final testing has taken place. We’re confident that this app is going to become an instant hit for all you fitness buffs. It’s a shame that Nokia let such talented engineers escape, and with the resignation package they offered a while back, many people who knew they could easily get a job somewhere else left as well, resulting in one of the largest brain drains to ever happen at a technology firm. Good for the Finnish economy thanks to all the new startups, but what about the big N?

We knew Cobra will release its iRadar app for Android at some point in April. Well, now we have the...