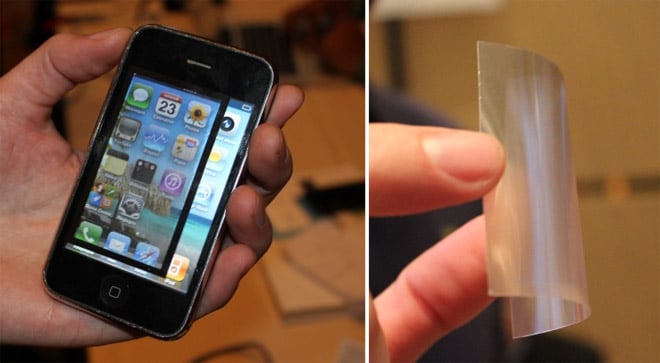 French startup Wysips has an awesome idea to bring solar energy to mobile phones. Instead of putting a large and ugly solar panel on the back of the device, they want to integrate it into a phone display in such a way that user wouldn’t even know there’s a solar panel on their phone.

The trick is in using a superthin, flexible and transparent film that is applied onto the mobile phone’s screen and which doesn’t interfere with the phone’s functionality, even allowing for touch-based controls.

A battery would still be required to provide the backup power and store the energy created by the film, but because the energy would be created constantly (not only from the Sun but also from other light sources), it [battery] could be smaller, enabling thinner mobile phone and tablet designs.

At the moment, Wysips is pitching OEMs and mobile display companies, with plans to integrate its technology into devices within a year. Love it!