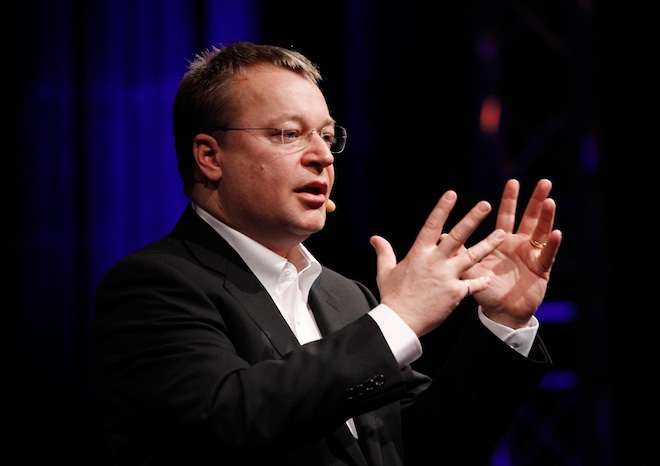 Americans might find this hard to believe, but in Finland people usually take one month off during the summer. We’re not making this up, people get four weeks of paid holiday to do whatever they want. You’d have to live here for one whole year and experience what six months of winter can do to your mind and body to appreciate why things are the way they are. During that month Nokia stops functioning. The guys on top go to their summer cottages, the geeks who do the grunt work unplug their laptops and get some much needed fresh air, and the folks in the marketing department offload their creative duties to a foreign agency while they go mountain biking or picnicking.

Stephen Elop, Nokia’s new CEO, doesn’t like this and he’s looking to change the system. What he doesn’t realize is that he’s going to go up against unions that will no doubt tell their members to strike. Elop’s relationship with the unions isn’t even on good terms right now since sources at Bloomberg . Most of those are software engineers that are no longer needed since Microsoft will be doing all the heavy lifting by making an operating system and sprinkling a few internet services on top.

We’re half a year into Stephen Elop’s reign at Nokia and while we wish he could have done more it’s obvious that he was put in power to shake things up. It’s going to be at least another year, maybe even year and a half, to fully appreciate all the tweaks he’s been putting in place, and even Nokia has said as much, deeming 2011 and 2012 as “transitionary years”. Can’t help but wonder, while Nokia is transitioning just how much innovating can Apple and Google during the same amount of time?

Update: We initially reported that Elop would be cutting 16,000 jobs from Nokia, and that is incorrect. The original quote by Bloomberg is as follows, “The talks will deal with pruning a 16,000-strong global development team in the shift to Windows. Elop said Feb. 11 there will be ‘substantial’ job cuts.”

The team of 16,000 will be trimmed – substantially, according to the report – but will not be cut altogether.