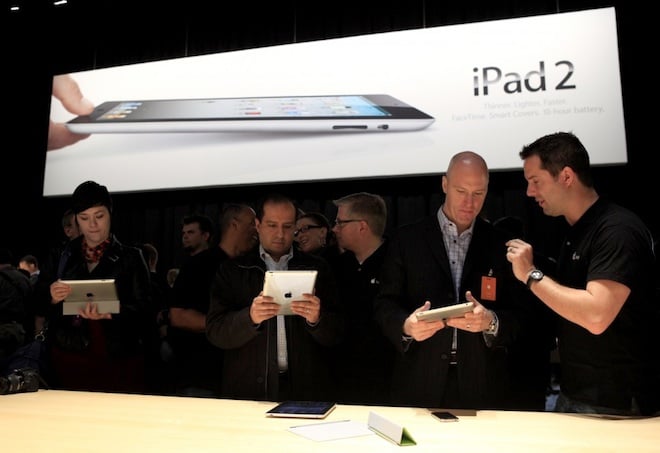 Dell, probably the most boring personal computer manufacturer on the face of this Earth, is going out on a limb and saying that Apple’s iPad will not take off in the enterprise space. To quote Andy Lark, Dell’s Global Head of Marketing for Large Enterprises and Public Organisations, he says: “I couldn’t be happier that Apple has created a market and built up enthusiasm but longer term, open, capable and affordable will win, not closed, high price and proprietary. Apple has done a really nice job, they’ve got a great product, but the challenge they’ve got is that already Android is outpacing them. Apple is great if you’ve got a lot of money and live on an island. It’s not so great if you have to exist in a diverse, open, connected enterprise; simple things become quite complex.” If that isn’t a burn, we don’t know what is.

Now of course the new types of computing paradigms offered by tablets will prove beneficial to various industries such as health care and logistics, but are those firms willing to invest high up front costs when they can instead opt for a cheaper solution from the numerous Honeycomb tablets hitting the market this year? Lark admits that while Dell has traditionally been a Windows player, they do plan on releasing a Honeycomb tablet. He fails to mention specs, timelines, and a price point, but those knowledge gaps will be filled with time.

Make no mistake about it, tablets are here to stay, but they’re several generations away from being something that’s actually useful versus their status today as a luxury item for geeks who’ve convinced themselves that spending time away from the internet is detrimental to their well being. We may have to bite our tongues for saying that, but it’s how we really feel.

Pulse News 2.0 is in the AppStore, Android Market

Visual news app for the iPhone and Android, Pulse News, has been recently updated with new features and other tweaks...