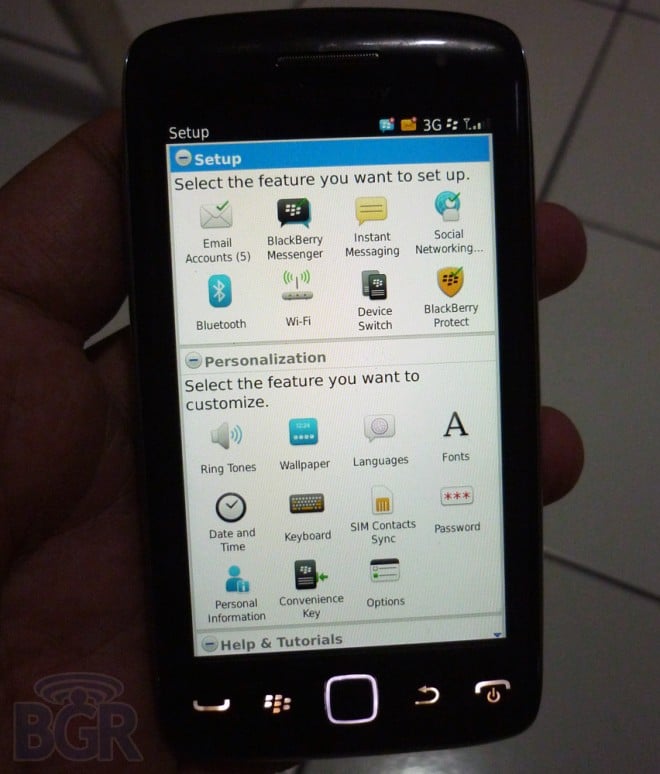 RIM’s next full-touchscreen slate handset has been spotted in various roadmaps, and once with dead screen, but today we get to see the BlackBerry Monaco alive and running.

According to the source, it may launch as the BlackBerry Touch, likely in an effort to get away from the Storm family and the negative stigma created by RIM’s SurePress clicking touchscreen. They also say that the new OS, 6.1, will require that you log in with BlackBerry ID in order to use it, effectively replacing the old PIN system which was tied down to each device. According to previous leaks, OS 6.1 will also include support for augmented reality apps and near-field communications for contactless payments (should the hardware be present, as in the Monaco), but it mostly looks and operates the same as what we’ve seen on the Torch and every BlackBerry since.

The BlackBerry Touch, as well as the others like the Bold Touch, Curve Touch (a smaller alternative to the Monaco here), and Torch 2 are all expected to be launched at the BlackBerry World conference in early May. We’ll be there, and will be sure to get you guys plenty of video and pictures.

A leaked enterprise product roadmap from RIM is indicating that BlackBerry Enterprise Server for Google Apps Premier is being targeted...