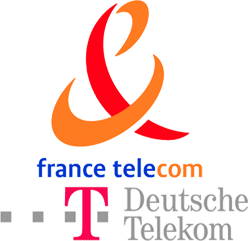 After successfully merging their mobile units in the UK to create the leading operator in the country, Everything Everywhere, Deutsche Telekom and France Telecom are reportedly looking at similar deals in Europe.

In an interview to German daily Handelsblatt, Deutsche Telekom spokesperson said: “We’re looking at every country, [including] Romania and Austria,” while also adding: “But we’re not only talking to France Telecom there, but also to other competitors.”

Meanwhile, in Poland the two European giants recently announced a network-sharing partnership between Orange Poland and Deutsche Telekom’s PTC with the idea that both companies have a 50%stake in the venture, which would build, operate and maintain both networks.

AT&T's CEO Randall Stephenson confirmed that AT&T may be forced to divest customers and wireless spectrum in its bid to...