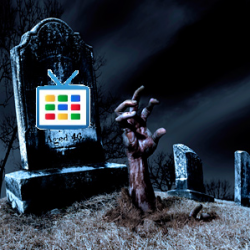 There’s quite an interesting rumor floating around pertaining to the next version of Android, Ice Cream, or Ice Cream Sandwich, as we’ve heard in the past. According to this rumor, Ice Cream will not only be for phones and tablets – it may have a great deal to do with Google TV, too.

The rumor states that Android Ice Cream will be one project with three different outputs. Those outputs, of course, will be phones, tablets, and Google TV. Google TV would benefit greatly if it were to be merges with the Android Open Source Project, and it will be very interesting to see how phones and tablet will be able to interact with the TV service. Best of all, this may be announced at the Google I/O 2011 conference in May.

Google TV seemed to be dead in the water after its debut, even if it did look full of promise, but who’s to say that this wasn’t just the base of what’s to come? While GTV still hasn’t received the Android Market, we can imagine that if it’s merged with the AOSP, the Android Market will just be one of many new updates. This has the potential to be huge, and could allow Google to redeem itself from the otherwise poor-quality TV experience they’ve been trying to sell us. Bringing the TV service into the AOSP may also bring more developer support, with better tools to work with.

So if the rumor is to be believed, Android phones and tablets, along with Google TV may see a massive update in the near future, allowing all three to seamlessly interact with one another. By merging all three projects into one, Google will not only provide more consistency through the products, but will tackle most fragmentation issues along the way. Still, we’ll have to see how the announcement plays out, and what exactly big G’s plan is moving forward. This is just a rumor, after all.

If you were lucky enough to grab one of the Google I/O tickets this year, you may have a bigger surprise coming to you that previously thought.

Looking forward to the upcoming Verizon Droid Charge from Samsung this year? If this leaked pricing guide holds true, expect...