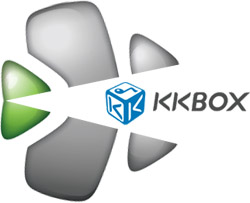 As part of its plan to offer more than just phones, HTC acquired an 11.1% stake in Taiwan’s online music service KKBOX, pouring out $10 million for the privilege.

Over the years HTC has steadily working on its own software and services to differentiate its offering from competition. Today the company is best known for its Sense UI and the accompanying htcsense.com service, which allows select HTC phone owners (Desire Z, Desire HD and Desire S) to customize their devices and backup/restore the data.

KKBOX, which started operations in 1999, has contracts with over 700 record companies to provide online music streaming services accessible from handsets, computers and tablet PCs. The service has more than 1.5 million songs in its database and over 7 million users in Taiwan and Hong Kong.

KKBOX’s other shareholders include Japan’s KDDI and Taiwanese Chunghwa Telecom. Together with the two carrier owners, the company plans to extend its service to other countries, including Japan, Singapore, Malaysia, Indonesia and China.

If you're an UK citizen (or at least working in the country) looking to grab the HTC Desire S, you'll...