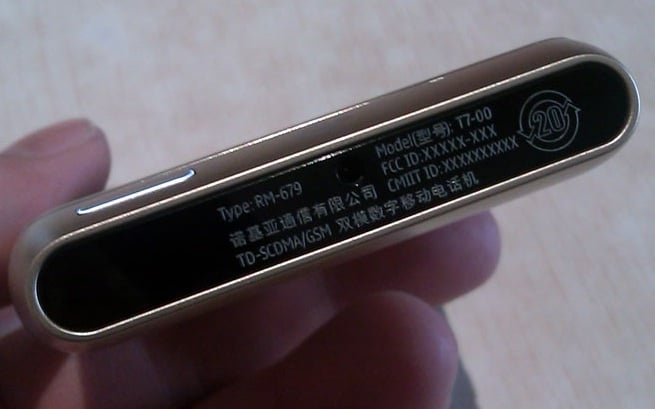 Last week we found out about the Nokia T7-00, a Symbian^3 device that has yet to be announced, but we knew existed since it was leaked by Nokia themselves on two separate occasions. We thought to ourselves what could the T possibly stand for? Today, we now know. The T7-00 is going to be a variant of the N8, but with an 8 megapixel camera. It’s also going to take out that pentaband 3G support and replace it with a radio that can handle China’s proprietary TD-SCDMA standard. Quite boring, we were expecting a lot more. Why couldn’t this thing have simply been called the N8-01?

Anyway, support for the Chinese market is critical for success. China is one of the few parts of the world where Nokia is actually managing to increase market share instead of losing it at a dangerous rate to Android and Apple. With a cheaper 8 megapixel camera module we’ve got no doubt in our mind that this thing is going to be a hot seller, but we also have to admit that we’re not familiar with the situation over there. Could it be that there’s a glut of domestically made Android handsets out on the market that are simply too cheap to ignore or are there still groups of people out there who want an authentic Western brand in order to show others how well off they are?

Give every single America two mobile phones and you’re still not even close to how many total subscribers there are in China. It’s easy to trivialize a piece of news like this because it isn’t relevant to us, but when it comes time for Nokia to report their quarterly financial results … this is where handsets like this can add that extra one or two hundred million Euros to the bottom line.

Nokia's enterprise portfolio, aptly dubbed the Eseries, has always held a soft spot in our hearts. The devices have traditionally...