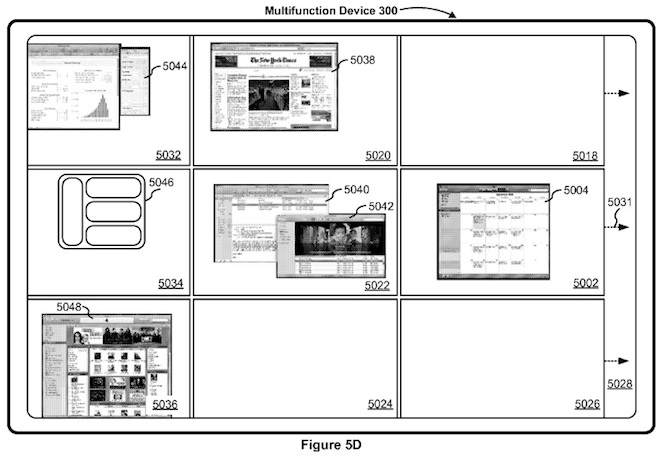 Let’s get one thing straight about Apple’s iOS. For all the wonderful applications that you can get, and for the awesome browser it has built in, the multitasking and notification system is ancient and frankly lacking in elegance. According to a new Apple patent however, things are going to change. In Mac OS X, Apple’s desktop operating system, there’s a feature called “Spaces”. It enables users to have multiple virtual desktops open, say one for work and one for personal matter (i.e. messing around on YouTube and Facebook), that can easily be switched between with a few gestures. That same feature looks like it may be coming to the iPad. In a little less than 2 months Apple is going to be hosting their Worldwide Developers Conference and the invitation they sent out to the event reads: “Join us for a preview of the future of iOS and Mac OS X.” Can Spaces for iOS be one of those features?

One of the hidden features in the current version of iOS is multitouch gestures. You need to be a developer to unlock it, but essentially you can switch between apps via a four finger swipe. That’s useful … if you have a few applications open. Any more and you’re going to enter a world of confusion. This is where putting Spaces on the iPad may come in handy. Push the home button once and this new UI appears that shows you a grid layout of everything that’s going on. Double tap and you get home. If the same thing came to the iPhone then Apple would effectively tackle the multitasking problem.

As for notifications, that’s a whole other can of soup, but like we said, in a little under 2 months we’re going to find out what the engineers in Cupertino have come up with. This new patent has us very excited.

Apple has posted a first iPad 2 commercial on YouTube and on its website. The point here is simple -...